The Water Bottle with a Magnetic Personality

Maybe you lack a magnetic personality but you certainly can’t say that about the Fidlock Bottle Twist system.

We all need to keep hydrated, especially as we move into the warmer season here in Australia. Be it warm or cold, as we ride we use up a lot of energy and the main cause for fatigue is dehydration. And as we become fatigued, accidents happen.

Many of use use a hydration pack or the frame mounted water bottle. The latter can be a little ugly and not all frames can fit them, so we were intrigued to hear about the magnetic Fidlock Bottle Twist system. 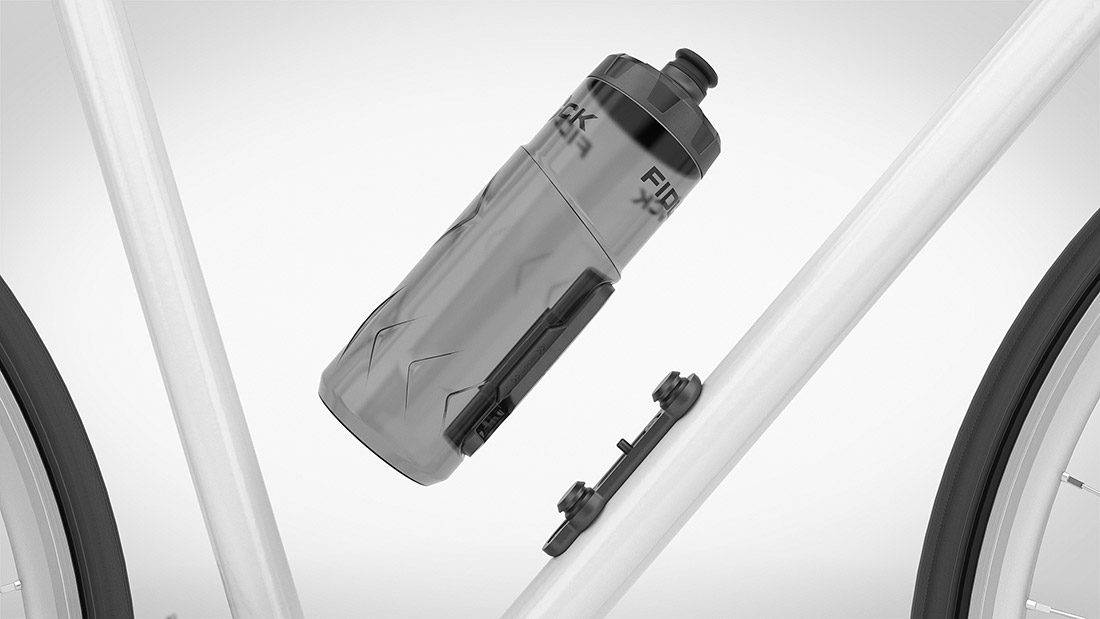 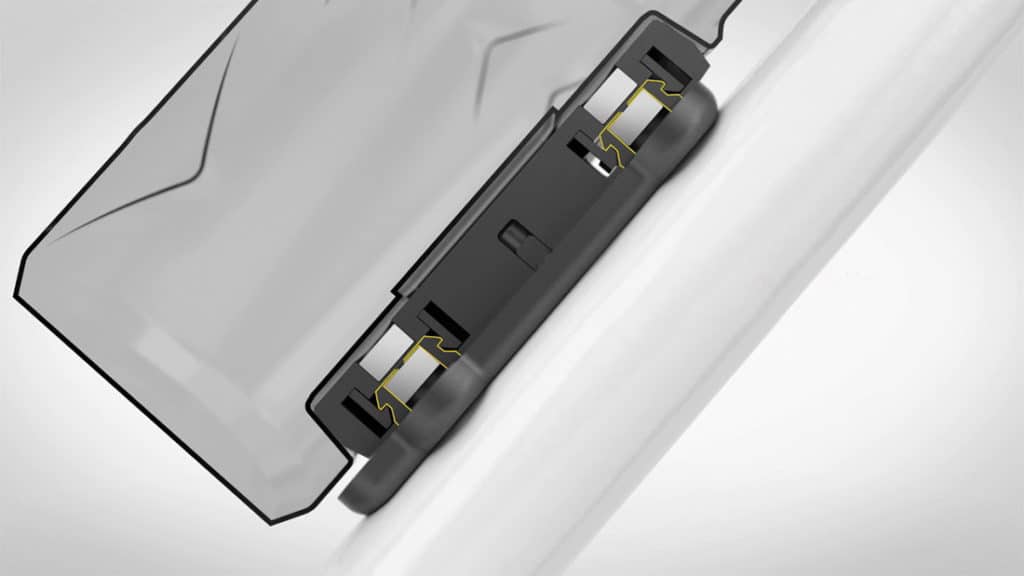 The magnetic mechanisms snap the bottle into place, securely. 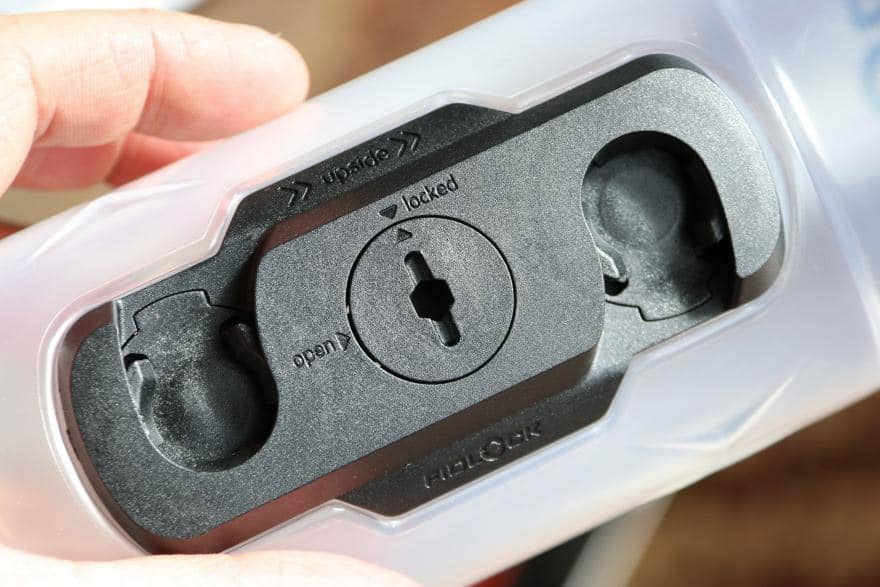 The magnetic plate can be removed and set up for left or right loading options.

Installation is very simple. One piece of the magnetic water bottle mechanism is already fitted to the bottle, so all you need to do is to attach the frame mechanism. Simply screw the frame plate (screws provided) into the cage holder holes, that you’ll see on most bike frames.

Once the frame mechanism is securely attached, the bottle just needs to be brought close to the mount and the magnetic attraction snaps the bottle into place. To remove the bottle, you simply twist and out it pops.

If you need to change the bottle due to wear and tear, you can keep the magnetic attachments by simply detaching it, and just purchase a new Fidlock bottle; less waste for the environment compared to previous magnetic bike bottle attempts. 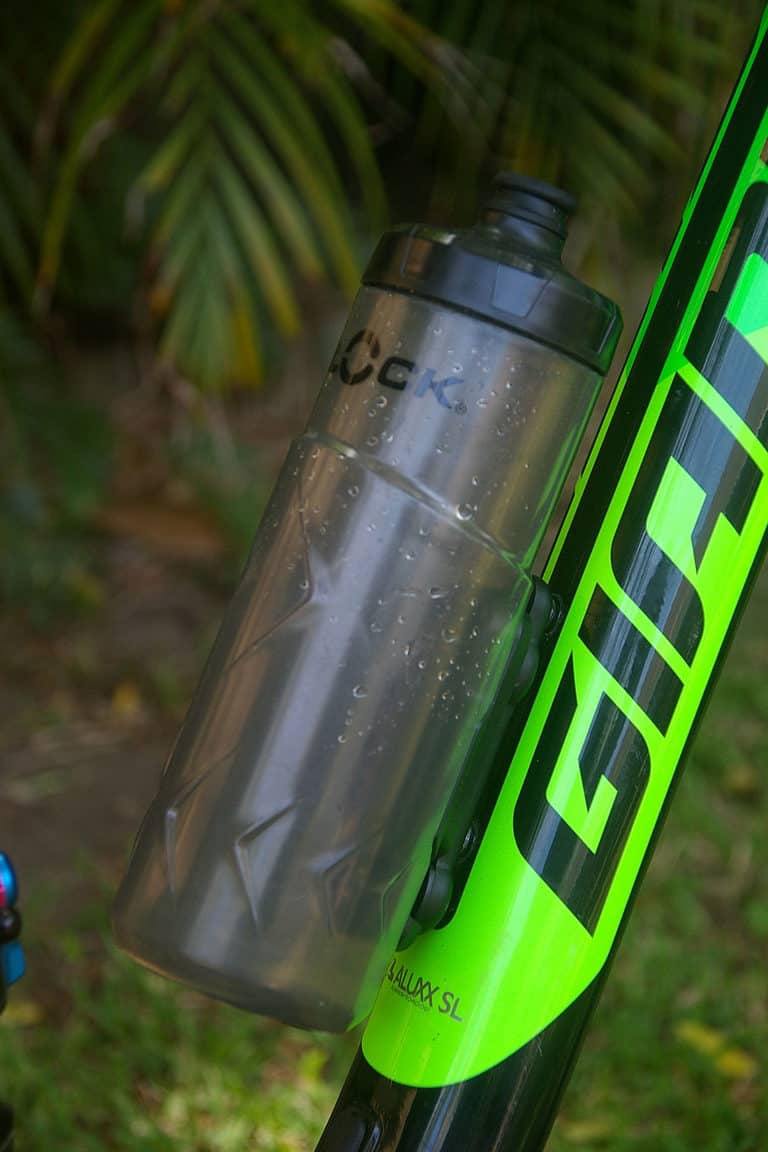 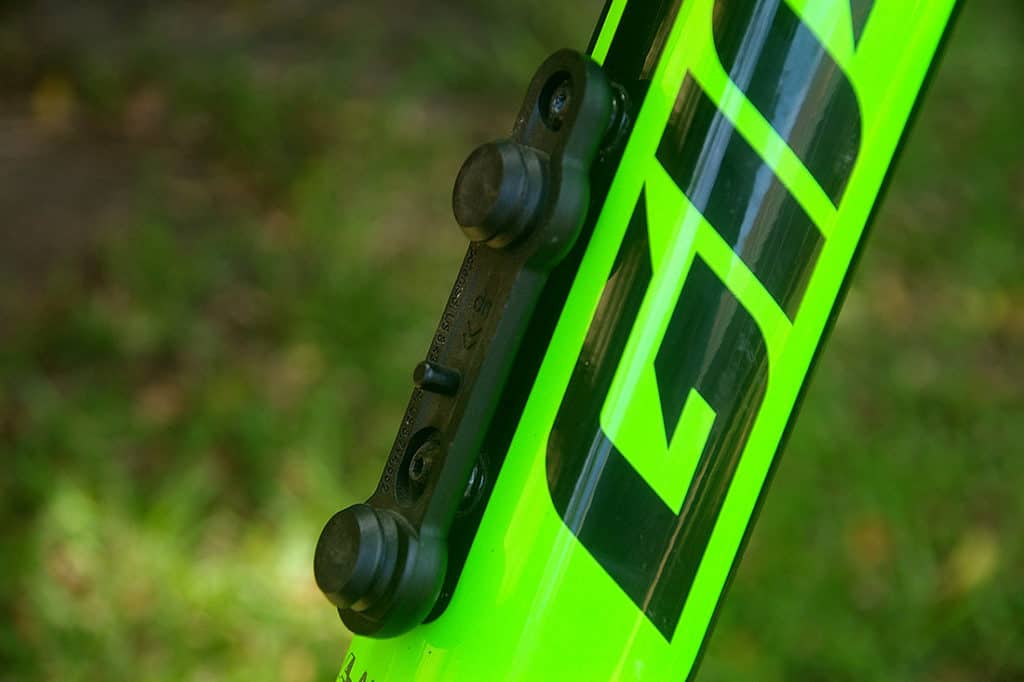 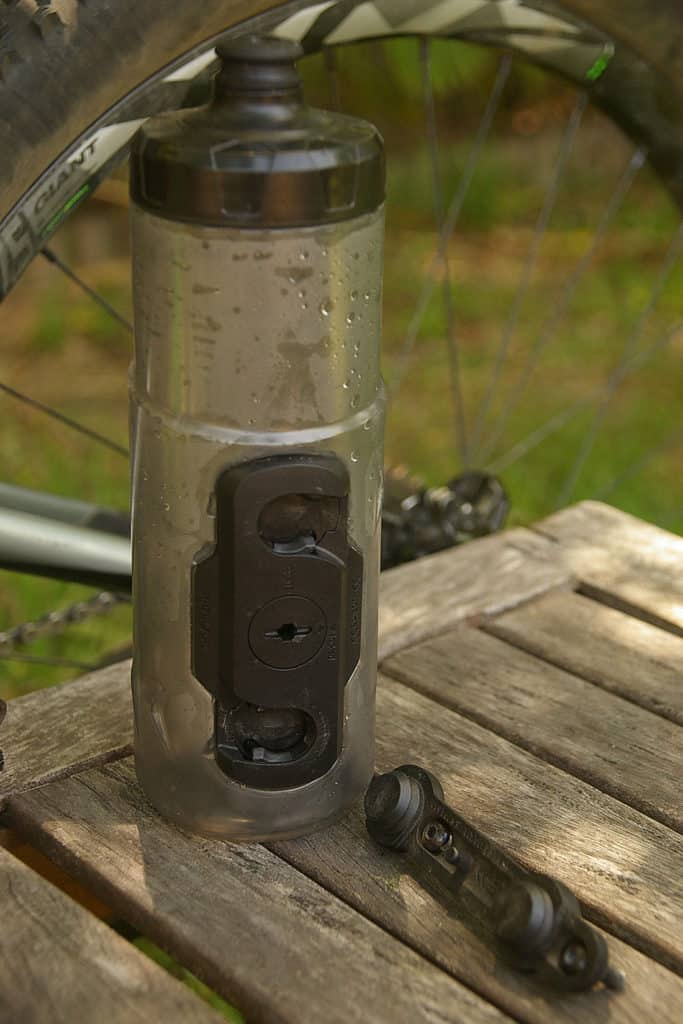 The bottle and the magnetic mount were pretty secure on the bike, we never once had it fall off even negotiating rock gardens at speed.

When the bottle is not connected, the bike has a much cleaner appearance as there’s no bottle cage other than the low profile magnet plate. On the negative side, whilst moving, it can be occasionally fiddly to get the bottle into just the right spot to snap into place on the frame mount, especially when the trail is a bit rough. But I guess we should limit trying to ride one handed on rough trails anyway.

The bottle mounting plate itself does flex away from the bottle a little and we see this as a possible future weak point, but we have to admit we haven’t experienced this so far. Just something to keep an eye on.

The single side loading does make it a little restrictive too, with most bottle cages (not all) you can use either hand, but with this you load/unload one way. After several days of riding with the Fidlock Bottle Twist  system, we got used to it and it wasn’t an issue at all. 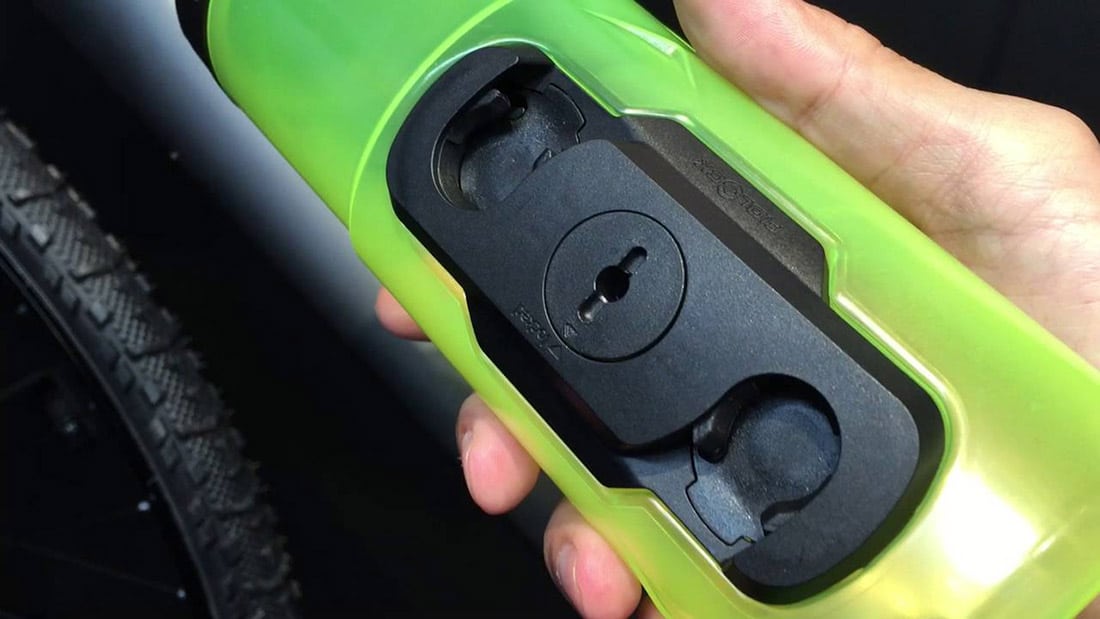 The bottle plate can be removed with a coin or flathead screwdriver. 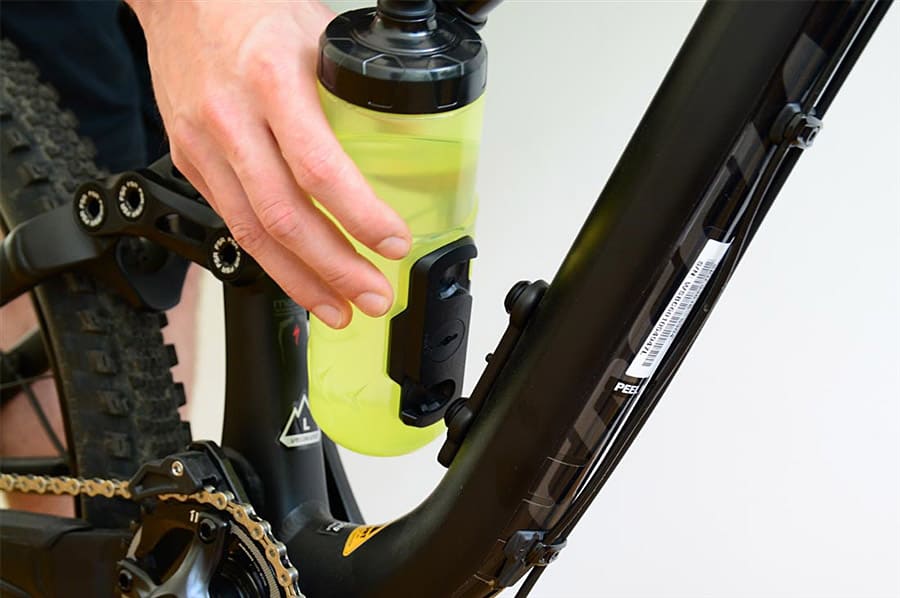 Simply offer up the bottle to the frame plate and CLICK! It’s on.

We recently learned that Fidlock Bottle Twist have added an update to the system for all of you who use the bottle hanging on the underside of your frame. 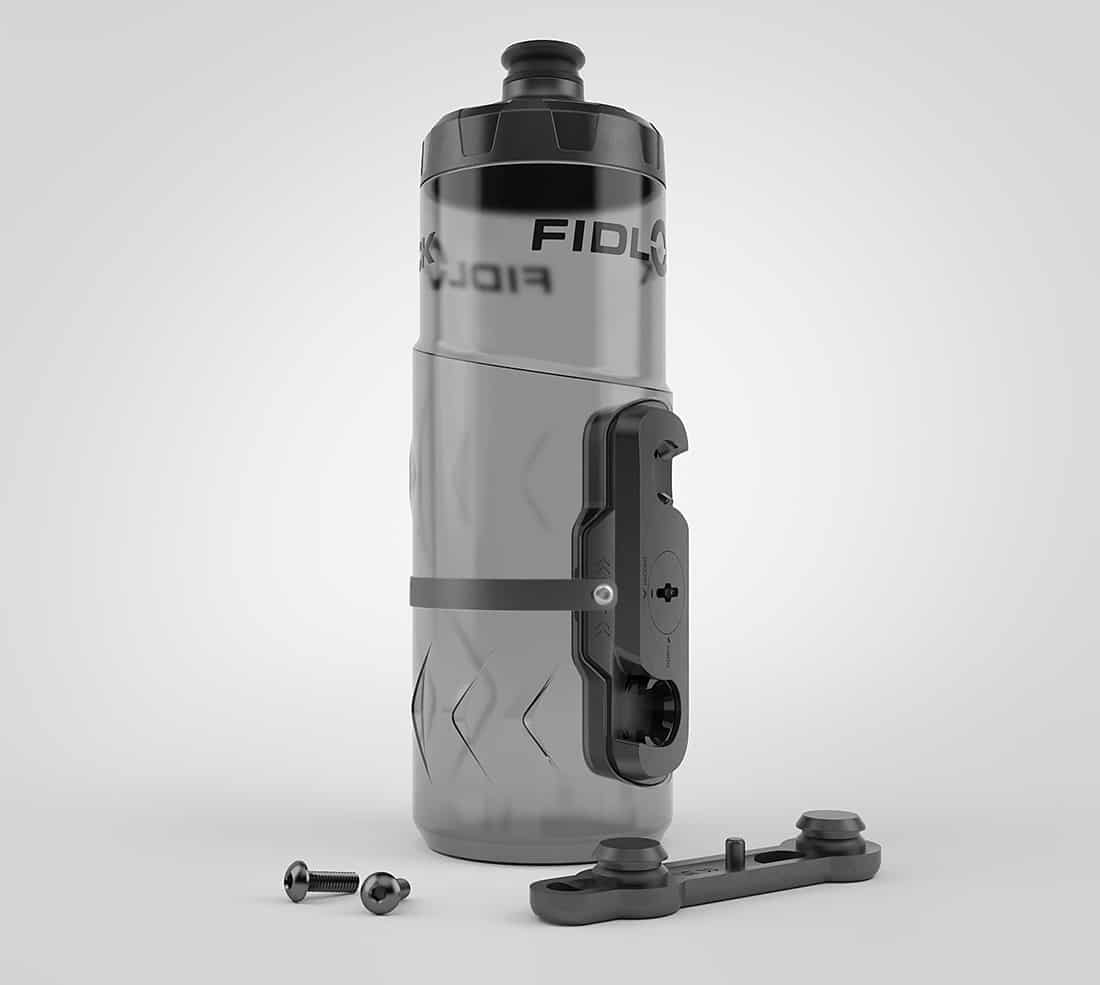 The updated Gravity version with the additional strap that allows you to securely hang it underside the frame.

Fidlock have decided to switch all deliveries to the version with “GRAVITY KIT” preassembled with immediate effect – so distributors don’t have to concentrate on the question of how the bottle is mounted but can sell the bottles without complications to any interested biker for use on any place on the bike.

Furthermore they offer a “gravity-kit” including a modified Female part for upgrading bottles sold within the last year for $9,99USD RRP. 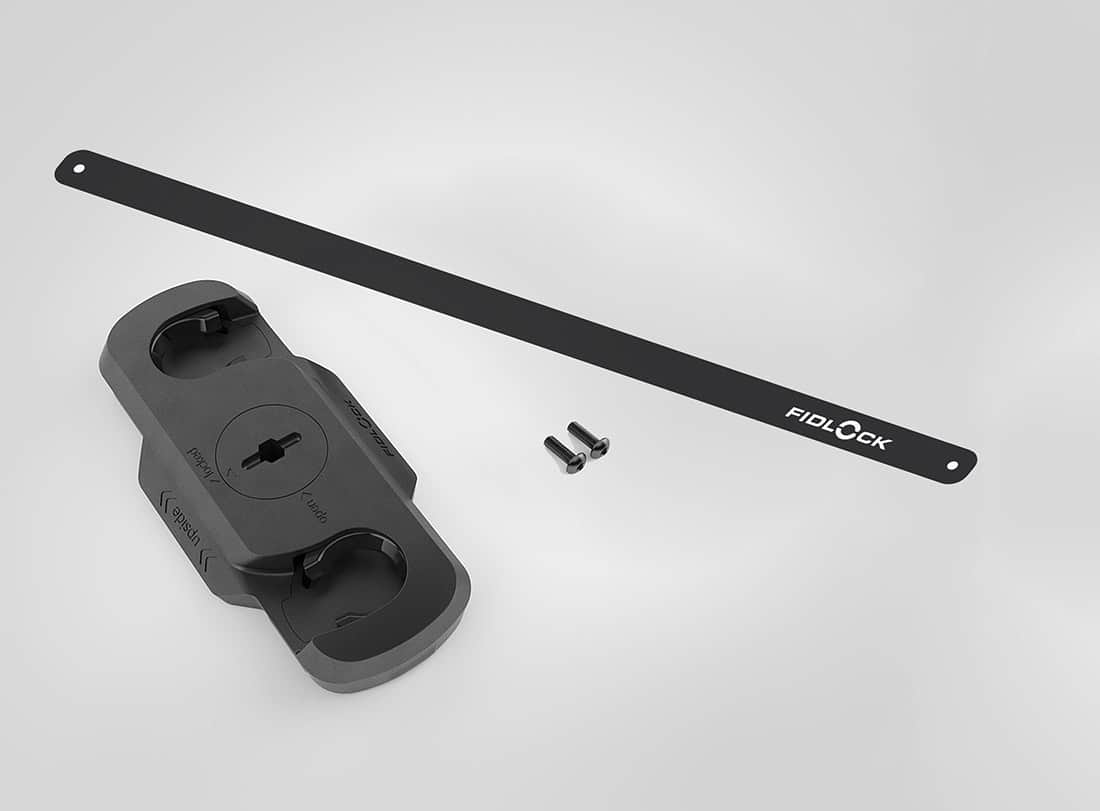 The additional strap is all you need to hang it underneath the frame.

The Osprey Transporter Duffel is The Unsung Hero of Adventure