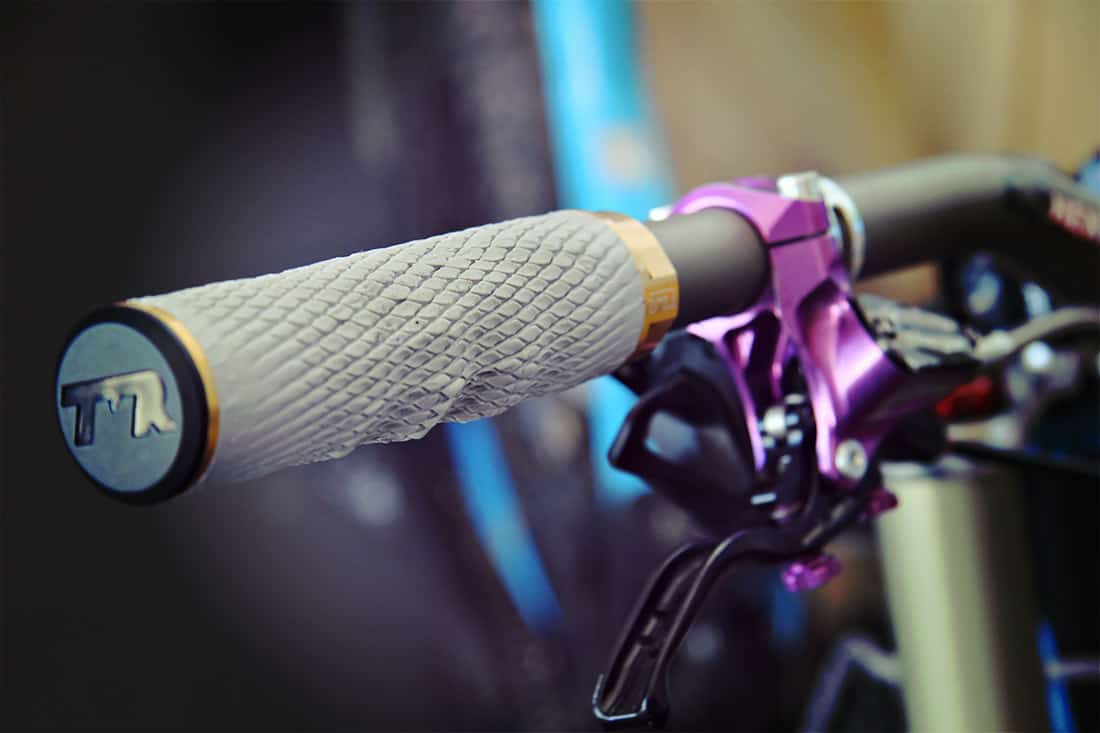 While it’s not hard to find a pair of grips for your bike, finding ones that suit and are comfortable can seem like a stretch at times.

With varying styles ranging from basic rubber slip on grips through to high end lock on grips which guarantee no movement, and a wide spectrum of colours covering the whole rainbow, spoiled for choice would be an understatement!

Many people also tend to stick with the standard grips that come with their bikes. Perfectly understandable, and they certainly do the job required of them, but sticking with the same set since purchase means they’re missing out on some truly fantastic and wonderfully comfortable grips. 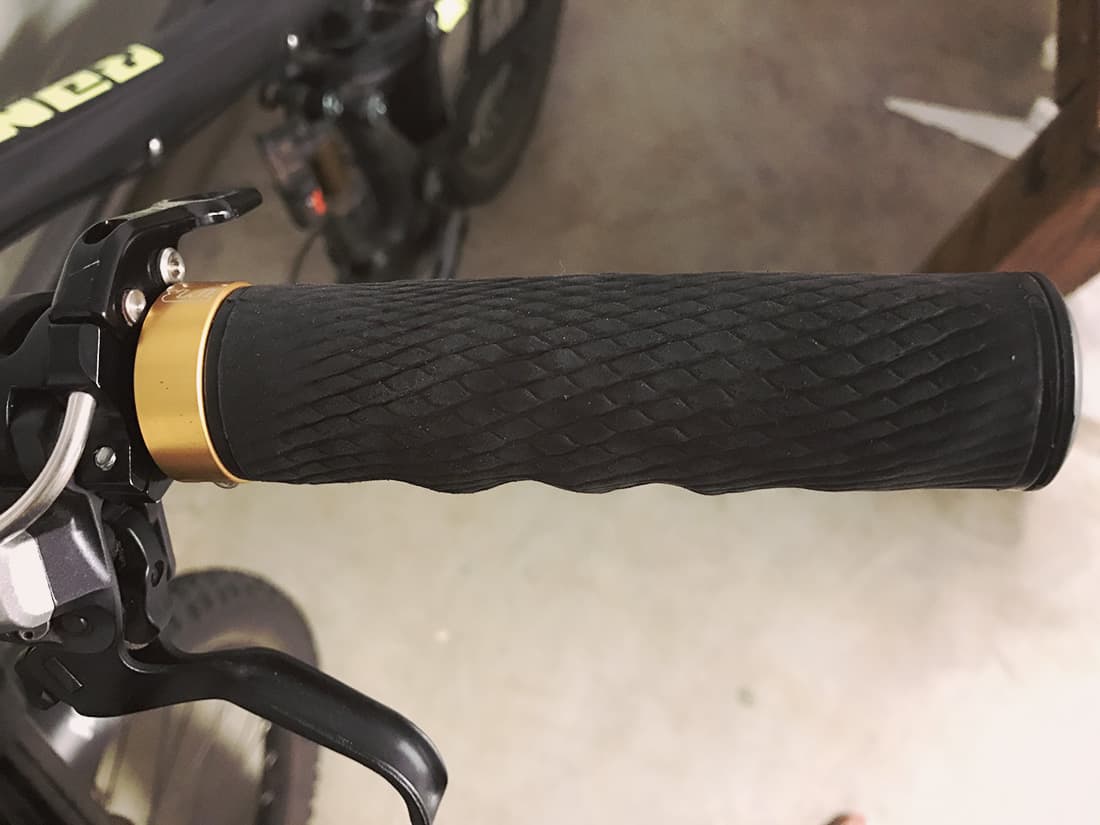 TMR Designs have come up with a set of grips which you can tailor to your specific style of gripping things, which, combined with a comfortable rubber platform, can help reduce the effects of Death Grip or Arm Pump.

Not to mention that it’s also incredibly nice to jump aboard the bike you’ve put together with your specs, and have a bespoke feel to it thanks to your hand imprint. 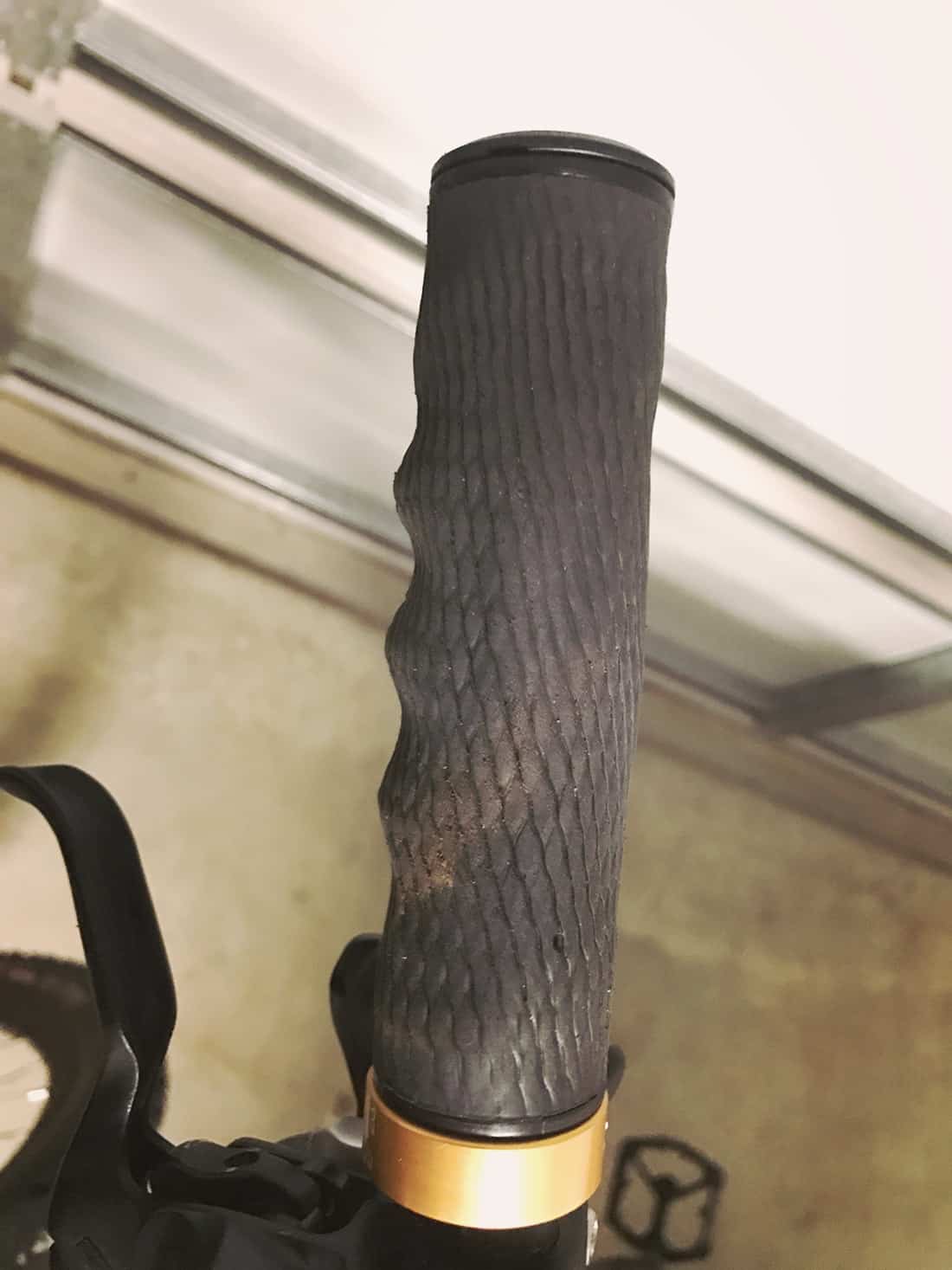 Imprint Grips by TMR. Arm pump is certainly a thing of the past. Pic:©Jon Willis

After many hours aboard my bike with the Imprint Grips, and well in excess of 150KM ridden, I can say that my hands are nowhere near as fatigued as they used to get.

Arm pump is certainly a thing of the past, as having each individual groove of your fingers allows you to relax your hand while still maintaining grip.

The textured pattern of the grips comes from the netting you put around them while performing the moulding process, and it aids in maintaining your hold while bombing down a trail.

Having said that however, the netting is not necessary if you would prefer to mould the grips without the texture. I personally think you would be at a disadvantage if you didn’t use it, but people have different tastes.

TMR Imprint have a “How To‘ section on their page to help you through this molding process.

Coming from a set of Lizard Skins NorthShore grips (I have large hands) to the Imprint Grips, I noticed that they aren’t anywhere near as wide a grip, but it wasn’t a massive detraction, as the comfortability factor is still there. 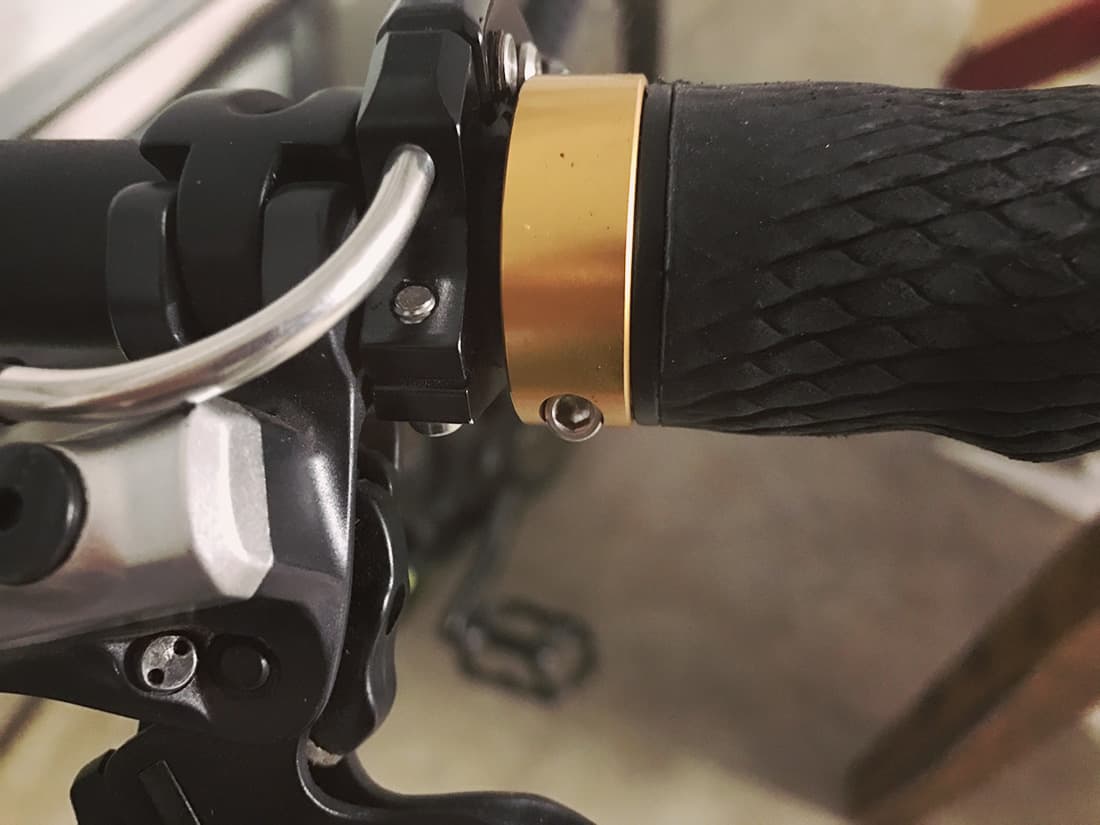 It does take a bit to get them in to the correct position for your optimal usage, but after a bit of tweaking and adjusting, you’ll be glad that you did! Pic:©Jon Willis

While bedding them in, I recommend taking the bike out for a ride, and taking a 3mm Allen Key with you to adjust while you go.

I initially made the mistake of leaving my set of keys behind on my maiden voyage with them, and I realised that they could do with some adjusting about 10KM away from home!

Once you have them in to position though, I can safely say that I won’t be switching out from them any time soon. Give them a try, I strongly doubt that you would be disappointed.

*at the time of writing.

You can purchase the Imprint Grips from TMR Designs’ website or from other online retailers such as http://www.chainreactioncycles.com.

The Women’s MTB scene Is Looking Better Than Ever

Just Put A Sock On It