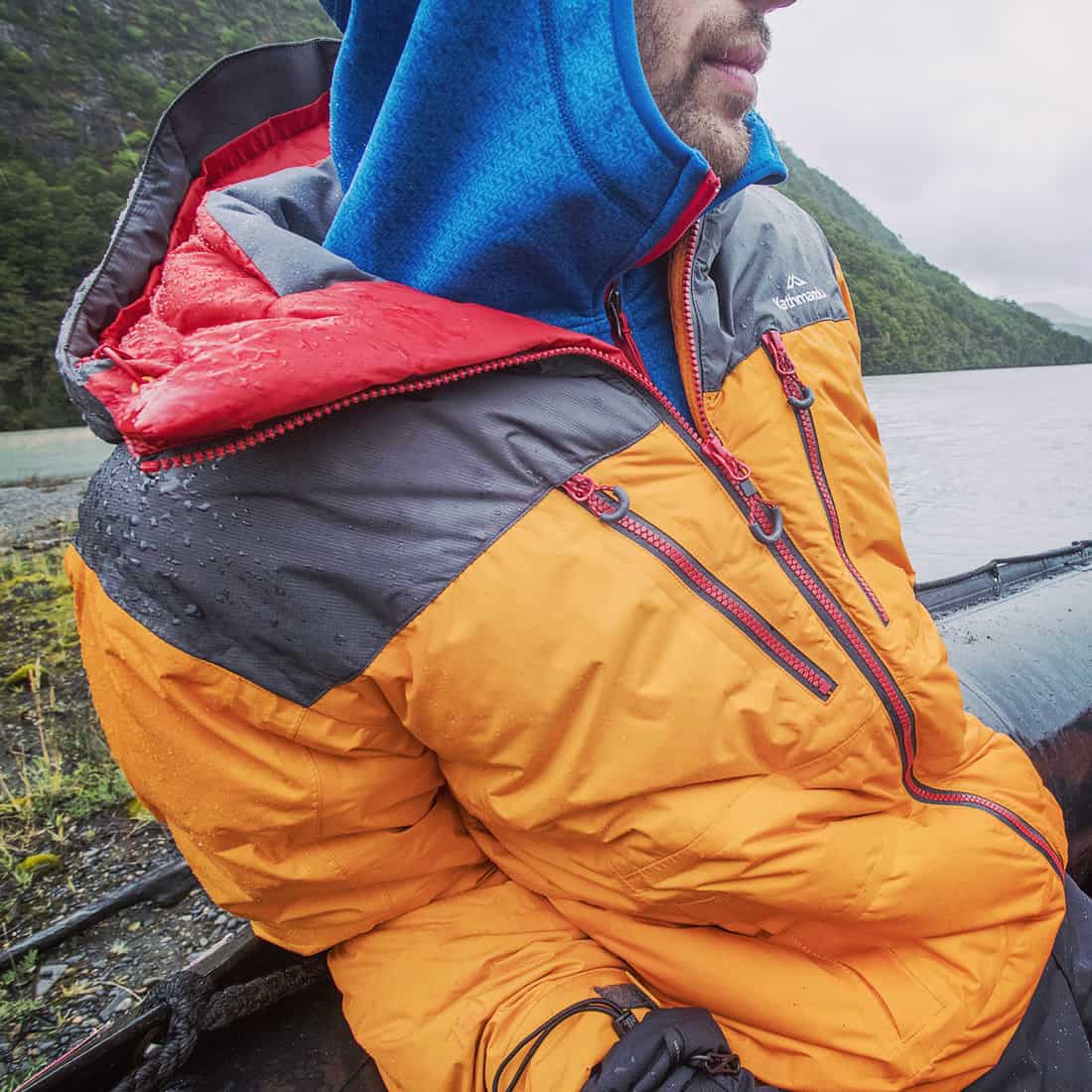 Ricky French wears his heart on his sleeve: puffy jackets are not his thing. But when it comes to freezing temperatures and Kathmandu’s goose down driFILL jacket, he’s willing to make an exception.

Kathmandu’s XT driFILL goose down jacket is the latest addition to the outdoor company’s ‘XT’ alpine range of clothing. With down jackets becoming increasingly noticeable in a plethora of environments these days, I was keen to test out not only the ‘extreme performance’ boasted in the catalogue, but its versatility of use in a whole range of situations.

A non-waterproof down jacket means needing to pack an additional jacket to cover it in wet conditions. For hikers and alpinists scrounging for ways to save weight and space, this has been a real issue in the past, with many preferring to go with a combination of a woollen jersey and a lightweight, waterproof rain jacket. The XT driFILL is almost unique amongst down jackets in that it is waterproof, not just water-resistant. Straight away I could see why this would become arguably its number one selling point. 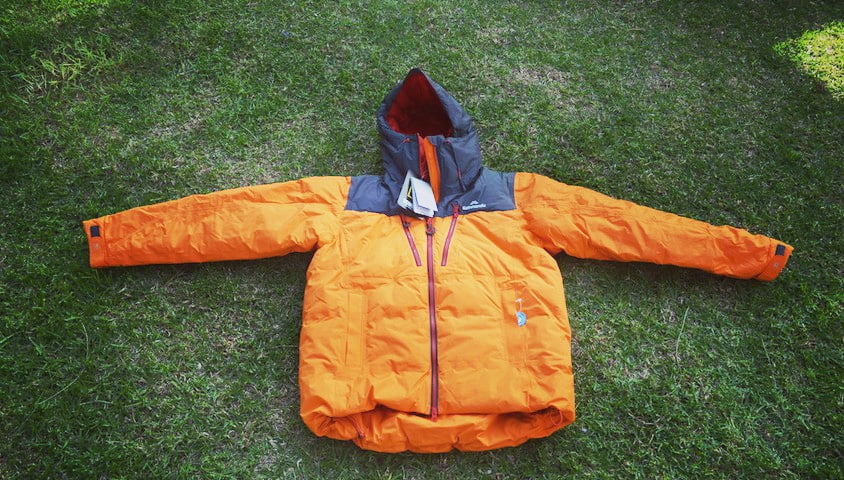 Prior to testing: the Kathmandu XT driFILL jacket. Pic:©Ricky French

The XT driFILL has 750 loft goose down, not quite as high as the 850 or 900 loft offered by some competitors’ top of the range jackets, but still more than warm enough for almost any environment you’ll be going into. The down is given a water-repellent treatment, which you might at first think unnecessary given that it’s covered by a waterproof outer layer. It’s well-known though that things that start off waterproof gradually become less so as the years go by, so the loft-boosting treatment here is more than welcome.

The shell is NGX2, over a Pertex Shield layer. To distil the jargon:Pertex Shield is a breathable, microporous waterproof coating, which attempts to reduce condensation build-up within, whilst keeping the water out. More about how this stacks up in the real world later.

One of the nine tags that come with the jacket announces ‘Seam-taped 3D baffle construction maximises loft ability while staying waterproof,’ which I can only assume alludes to the ability of the jacket to maintain its shape and its essential properties when under duress.

In this regard it scores highly, with the jacket looking only slightly deflated after a thorough soaking. Again, we’ll put it through its paces soon. Other features the manufacturers are keen for you to know about are the water-repellent front zip (for venting, movement and harness compatibility), the adjustable helmet-compatible hood and the secure, easy-access pockets, of which there are many. 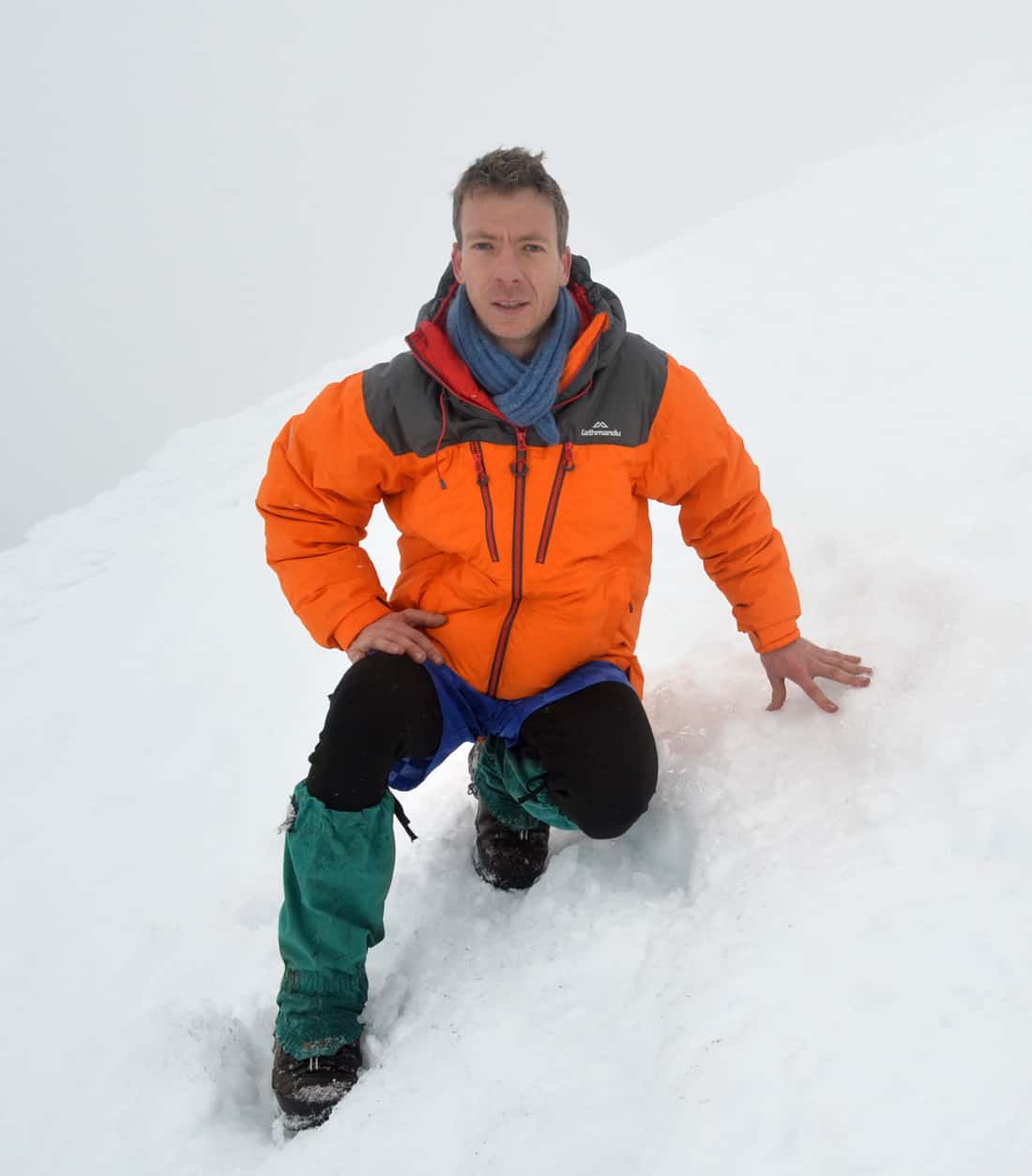 The reviewer takes the jacket into a snow drift in the name of thoroughness. Pic:©Ricky French

So, to the road-test. First up, let me say I love this jacket. I wasn’t expecting to, but I do. I’ve had a bit of a prejudice against down jackets, mainly because I believed they were a bulky and impractical indulgence; something worn only by city commuters on winter streets (visit Wellington in New Zealand for evidence of the puffer-jacket street sensation if you don’t believe me) or by extreme mountaineers who would freeze to death if they were not encased in a portable sleeping bag. But having experienced the XT driFILL I can safely say I’m swayed.

This is a seriously warm jacket. It swallows you whole and insulates your body warmth like nothing else I’ve ever worn. It’s a big, bulky, bright orange jacket, something you can’t miss, but it stuffs down surprisingly small in a neat, drawstring bag you’ll find tucked in an interior pocket. The first thing I did when I put it on was get the main zip stuck in my eagerness to zip it up. With puffs of down billowing everywhere (including around the zip) you need to exercise a bit of care to avoid sticking it.

Having said that, it’s easy to connect, locks in well and like all the zips it has a large, round toggle, perfect for manipulating with clumsy, cold, gloved fingers. The hood takes a bit of working out, with adjustment toggles of either side of your neck and one on the back of your head. Tightening is easy, but loosening can be tricky when gloved-up, as the plastic stoppers on the neck are small and fiddly.

Once you’ve worked out your preferred combination of tension the hood encases your noggin with supreme warmth-trapping tautness. If your ears are burning then for once it may not be gossip that’s causing the heat. I would have every confidence in tackling the worst that nature could throw at me in any situation wearing this jacket. 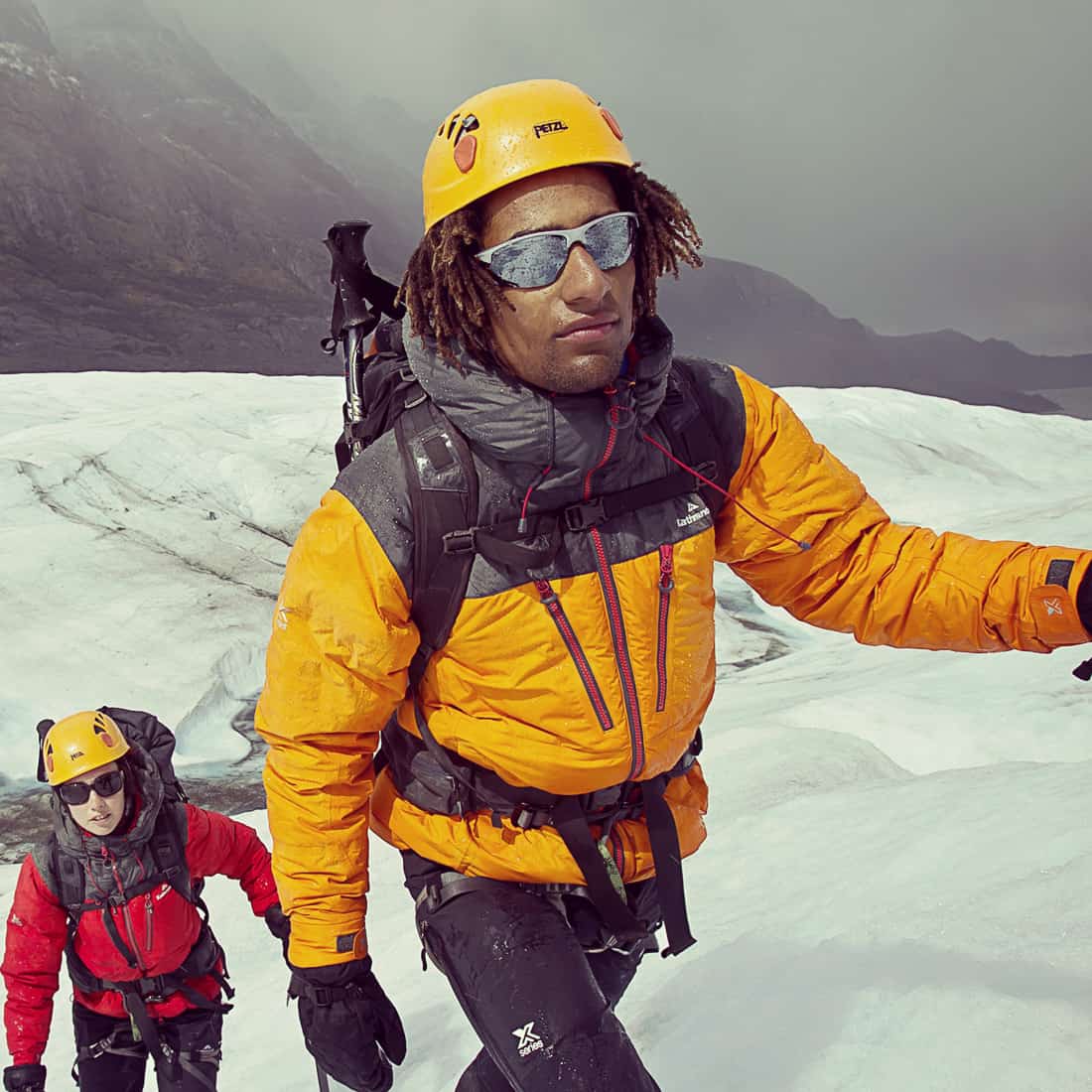 I tested it on a winter hike to Mount Feathertop in the Victorian Alps, encountering snow showers, rain and below zero temperatures. It stood up to the conditions effortlessly, as I suspected it would, but what impressed me particularly was its performance when the sun came out. I was expecting to break out in a sweat and shed the jacket as the heart-rate soared on a steep climb, but the breathability of the outer layers more than lived up to the hype.

The generous padding of the down cushions the blow of pack straps on your shoulders, and the two chest pockets mean pack waist straps don’t smother your storage options. For the majority of the hike I wore only a tee-shirt and the driFILL jacket. On the final summit climb, battling snow showers and high wind I added a polypropylene layer but that was it.

I never felt anything but toasty, and moisture just ran straight off it – literally off the duck’s back. And here you have the beauty of the jacket. It is warmth and wet-weather protection all in one. You can sacrifice layering to simplify packing, reducing your top half components to a tee-shirt, a thermal and the driFILL jacket for virtually any trip you embark on. Goodbye raincoat, hello puffy mobile sleeping bag.

The bright orange colour is perfect in the bush or the mountains, but it makes it a bit garish for everyday street wear. I can see this jacket becoming a much-loved wardrobe addition for winter months in the city, so a more neutral colour might suit it better. Also, its sheer bulk may also play a part in constraining it to outdoor adventures only, which is a shame but a necessary trade-off. I guess that’s the problem with this jacket: you’ll want to wear it everywhere. It’s a nice problem to have.

Ricky French is a writer and journalist originally from New Zealand but now based in Melbourne. He writes for Wild Magazine, Wilderness Magazine, Outback, The Weekend Australian Magazine and is a columnist for The Big Issue. He's an outdoors lover and what Kiwis call a keen tramper.

M.O.W.- Movement Of the Week- You NEED to be doing this type of training NOW!

STAMP Your Feet In Excitement for the NEW...

The Right Tools For The Job!