Home Featured ArticlesVideo We All Need A White Knight!

Cancer. It’s a real shit! Sorry but there’s no other word for it.

It’s so prevalent these days that it effects nearly all of us in one form or another. Be it close friends and family or through friends of friends. So when we hear of people doing daring and dangerous deeds, things above and beyond what’s deemed as normal, to attract attention and to raise funds towards valuable research…our ears are pricked and ready to listen. 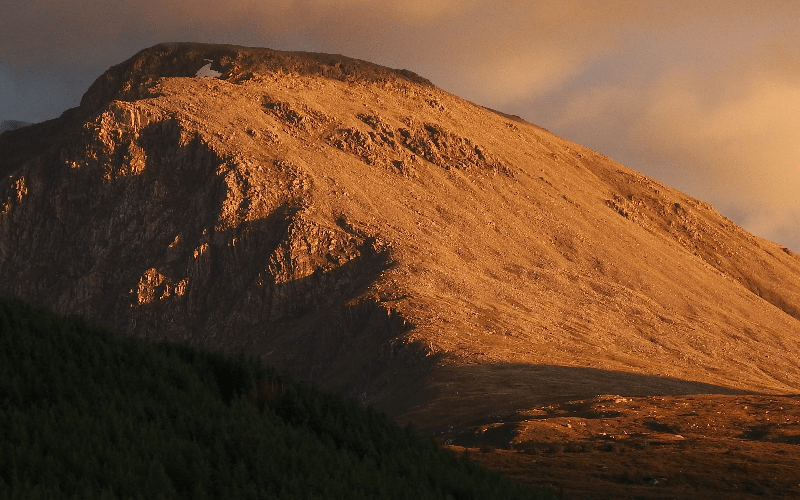 Once Upon A time…

12 months ago, a team of two brit guys and a sheila from Melbourne set off with their kit to film an Epic Cancer Research -Extreme Action Mountain Bike Video, which has now been finished and finally ready after twelve months in production.

The ride, is a World First decent of the steep and treacherous West-Face of the UK’s Highest Mountain, Ben Nevis.  It was shot on multiple cameras/angles including rider mounted, static and aerial.

The rider’s identity is unknown and named only as ‘The White Knight’ which in the dictionary describes “a person or thing that comes to someone’s aid”  His Dad had incurable Cancer, and now he rides towards a day when ALL Cancer is curable.

Well, no if only things in life were that easy. This is just the beginning of the White Knight’s story and yes, the video may come across as a bit whacky at times but in all seriousness, it’s a seriously risky undertaking. But in life, some things are worth risking for and we all owe it to ourselves to read on and find out what we can do to support this worthy cause.

The two primary idea’s behind the event and short film is to try to create as many donations as possible using the link on the end of the Video on ‘The White Knight’ You Tube channel.

The second main aim is to try to create maximum awareness for the time critical need for increased research, especially within a younger generation. By showing them Cancer Research presented in an exciting and cool format they can hopefully relate to, we aim to connect more naturally with youth in general.

Our rider Aka The White Knight said; “When we were told Dad’s got incurable Cancer we all felt helpless. I wanted to do something amazing to help raise awareness for Cancer Research UK, so I looked to my roots, the thing I’m most passionate about, bikes! and planned something I thought people would really enjoy watching, would appreciate the effort made and something that had never been done before.”

I looked to my roots, the thing I’m most passionate about, bikes! Pic:©The White Knight

“I was keen to connect a younger generation to the need for interest in Cancer Research, by showing it to them in a cool image that engages them.   After all, they are our future researchers,  scientists,  marketers and fund raisers…” 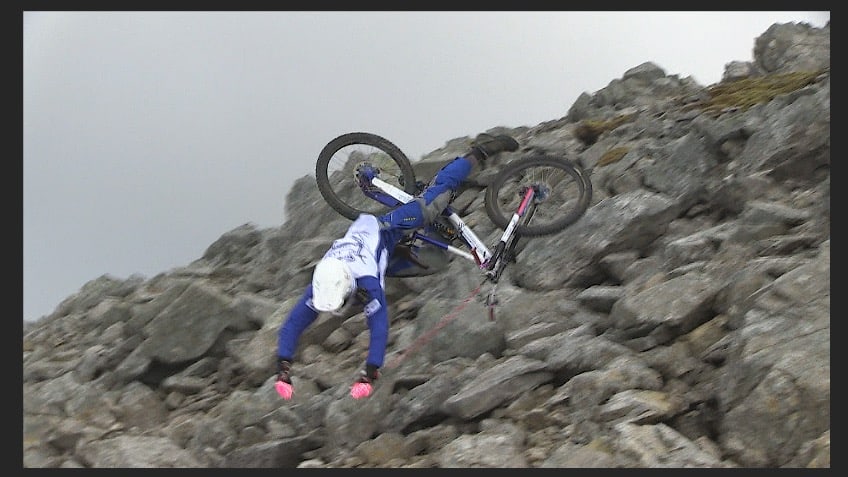 After one bad crash I thought I’d broken my hip at first, it made riding extremely difficult. Pic:©The White Knight

…”I was scared,  and to be honest it was unknown territory anything could have happened.  After one bad crash I thought I’d broken my hip at first, it made riding extremely difficult.  I have never seen any footage or ridden anything as brutal,  in places it’s so steep stopping was impossible,  some of the rocks were as big as cars! 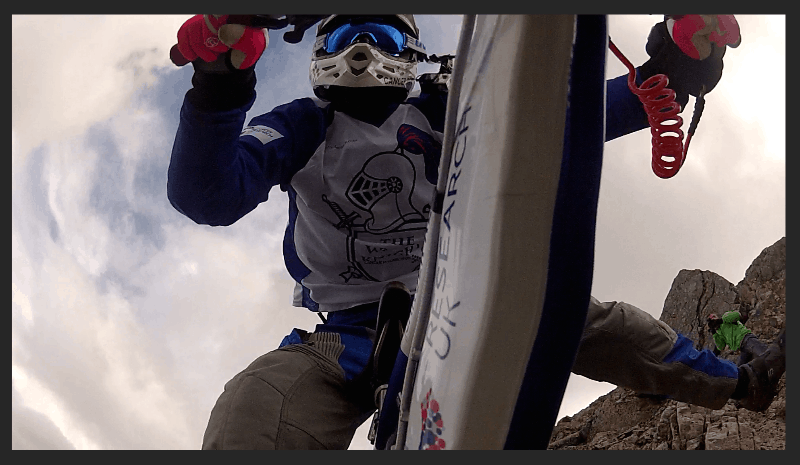 I was scared, and to be honest it was unknown territory anything could have happened. Pic:©The White Knight

I had to put my fear aside because I was determined to succeed for the greater good and knew the risk was worth the exposure we could bring for the amazing work by people at Cancer Research UK. 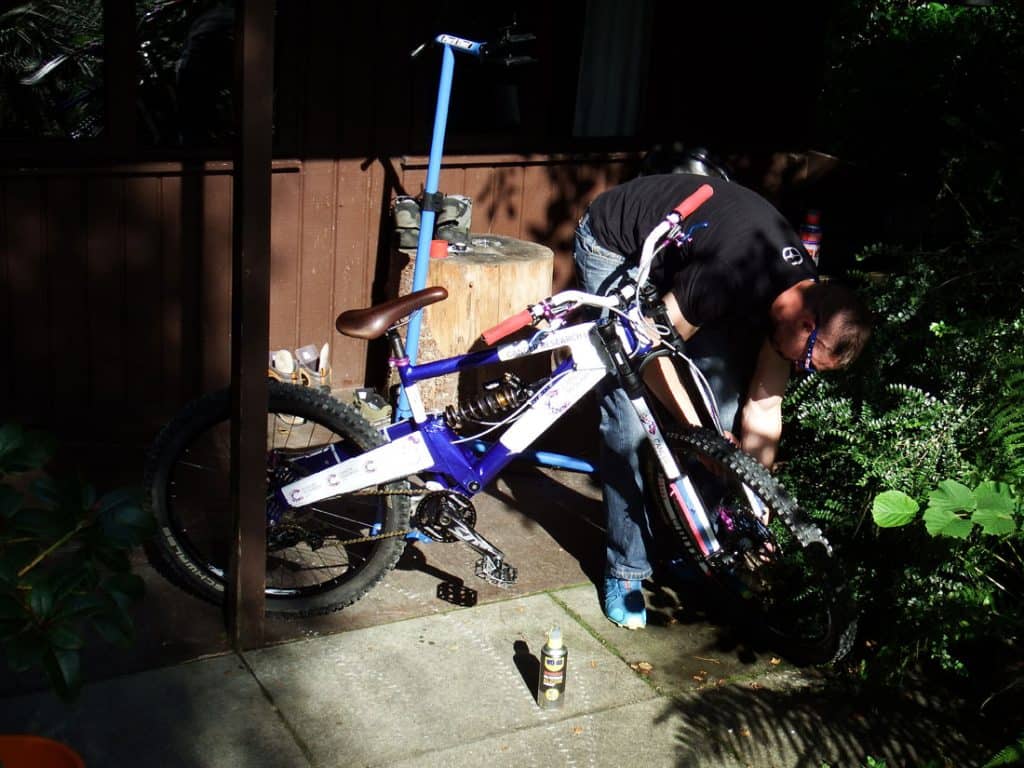 The White Knight’s squire preparing the trusty steed for the battle of Ben Nevis.

I have to admit, if I had been aware of all the pain and hard work involved in riding and then producing the video it would have shocked me into thinking of a lesser, more easy task!  I’ve personally shed blood, sweat and tears in the making of this, over 2,000 hours of personal time and as much financing as I could personally obtain to help get it to where we have.  Our small team have all given what they can spare in time, skills etc and it’s only finance that’s paralysing the project from progressing to its full potential.” 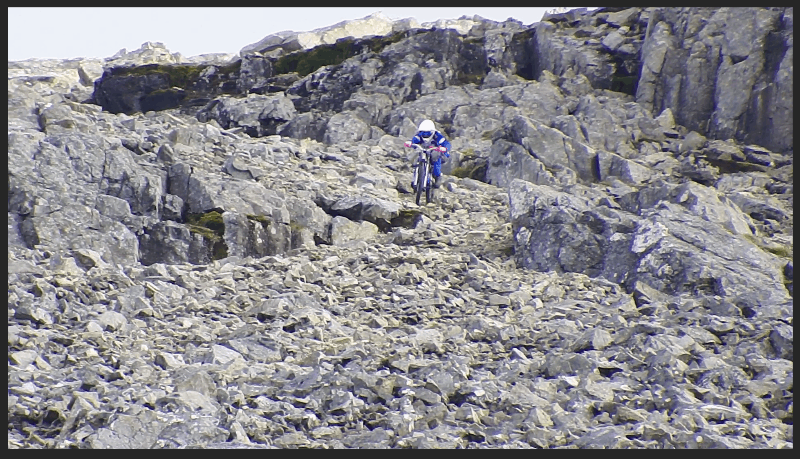 It’s just a case of jump on and hang on! Pic:©The White Knight

“The natural terrain on the top 3/4 was harsh, there’s no soft grass or soil up there and the barren, isolated landscape can’t be built up favourably, practised or rehearsed as with normal bike tracks.  It’s just a case of jump on and hang on!” 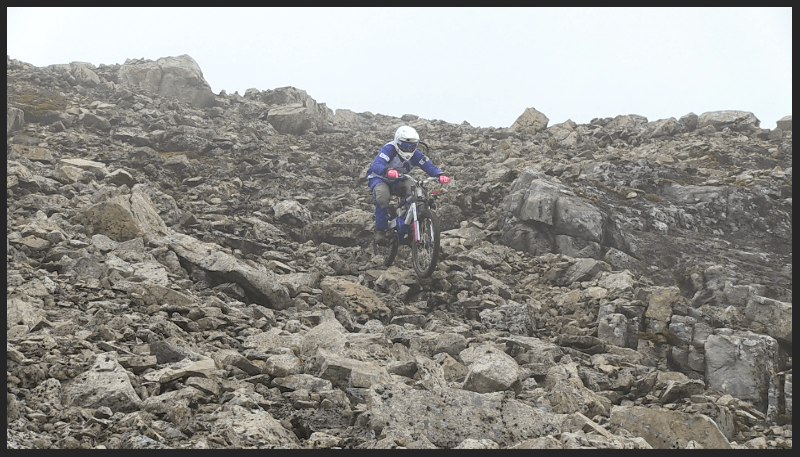 ‘I want to do Dad, my Gran (two times breast cancer survivor) my cousin Suzi (battling cancer) our team, CRUK and myself proud. Pic:©The White Knight

”I want to do Dad, my Gran (two times breast cancer survivor) my cousin Suzi (battling cancer) our team, CRUK and myself proud by producing the best video and helping to raise as much viewing exposure for Cancer Research as possible.  Please give generously as much as you are able, you are appreciated beyond words and directly contributing to the success of the product that’s currently almost stopped in it’s tracks.”

This is NOT the End

Well, as far as stories go, that’s a good one but you know what. This is not just a story, this is real life! A story that has or will effect us all in one way or another in our lives.

The riding filmed is probably as authentic/organic as Mountain Bike riding gets. So go forth and share the buzz with friends, family, clients or customers and be the strong arm and help the White Knight go global in this truly stunning & amazing, ‘one of a kind’ ride for CRUK!

If you haven’t already seen it, watch the VIDEO now!

For more information about us, what we’re doing, please visit our website.

Cancer… ”we’re coming for you”! 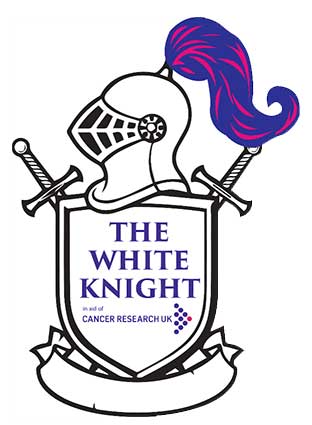 Could This Be The Best MTB Trip In The World?

MTB Movement of the Week – Advice from...

How To Cuttie With Bryn Atkinson | Mountain...