Yep, it’s true… not everyone is a fan of skiing or even sees the attraction of it. Sure, I don’t mind the odd swish down an intermediate trail, but if I had a choice, I’d probably choose cross-country… or staying inside in front of a log fire… with schnapps.

But of course, ever wanting to be active outdoors, I’m still on my search for things to do in Queenstown during winter, that don’t involve sliding (I promise I was under control… eek!) down a mountain, with unforgiving planks on my feet.

Wouldn’t you know it, after my earlier snow-shoe efforts where the weather conditions acted against us, I woke up on Saturday to the classic blue bird day. The birds were singing, a gentle breeze teased the trees and Snow-White skipped by singing Whistle While You Work. (OK, so that last bit was made up.) 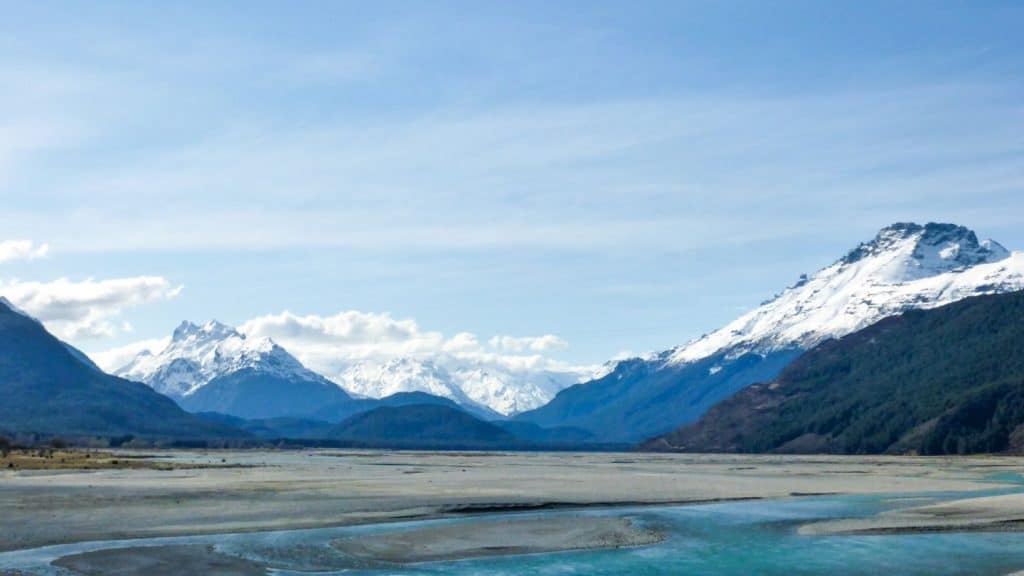 The scene was definitely set for a cracking day and seeing as everything else looked to be in our favour, the name of today’s tour, “The Ultimate Nature Experience”, had a LOT to live up to. Ultimate? Really? Go ahead… try me (cue: smug outdoors chick grin).

I’m not sure there’s much that hasn’t been written about the natural beauty of New Zealand. The tourism industry in NZ has an incredible lot to thank Peter Jackson for and I don’t think any campaign could surpass his 6 films that make us believe hobbits exist and they live in the South Island. 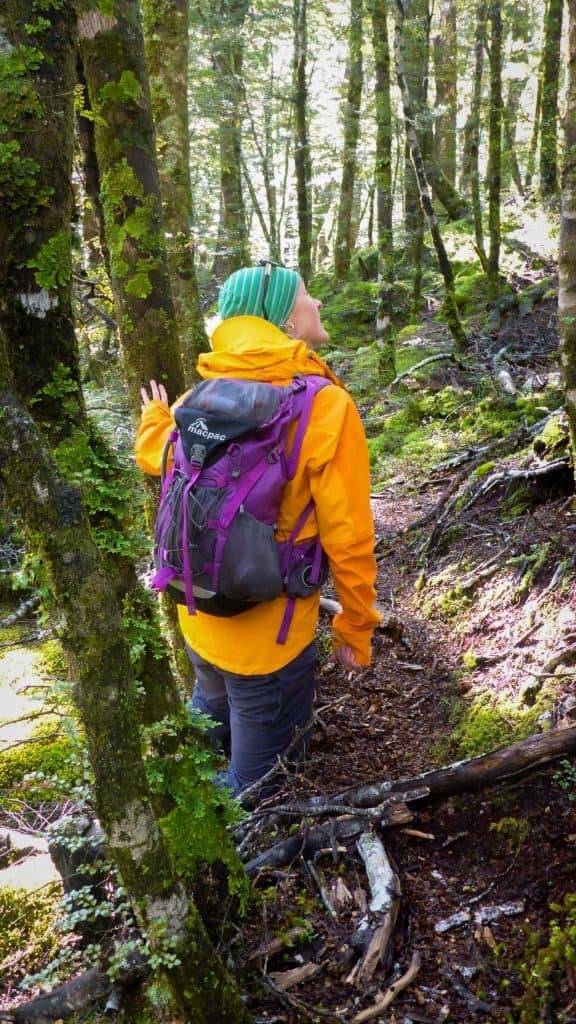 Therefore, I shouldn’t have been that surprised when I heard the ,’Wow’ word escape my lips as our minivan hugged the cliffs high above Lake Wakatipu and we turned a corner towards Glenorchy at Bennetts Bluff. This word came to be overused by me as the day continued, first in a 90 minute jet boat transfer (hey, who said I don’t like to travel in style?) and then as we pushed through trees and began an off-track walk through lush beech forest of Mt Aspiring National Park. 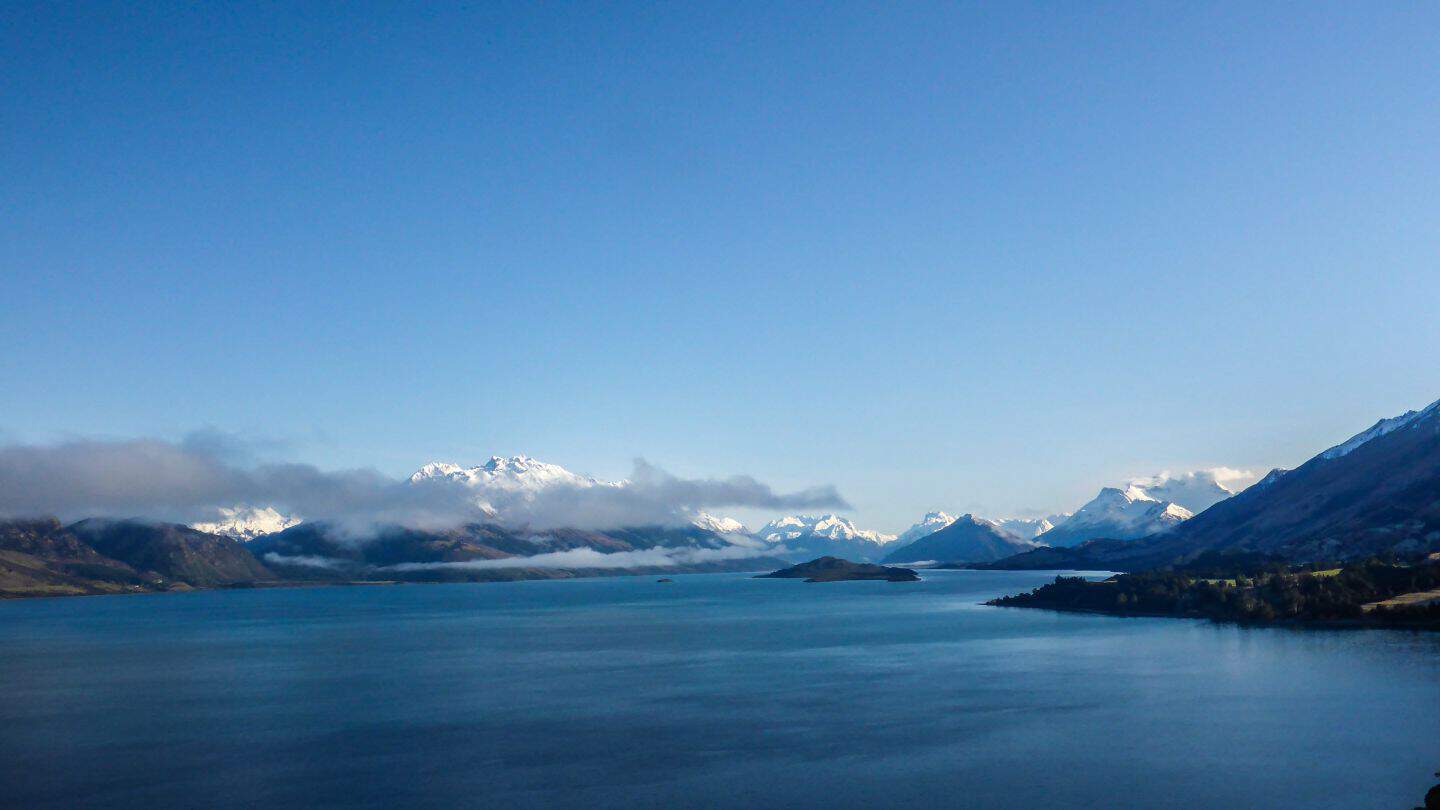 The birds continued singing (thankfully, Snow-White gave up long ago) as the day just kept getting better and better.

Having been in a jet boat before, I knew that the already chilly temps would plummet in the high speed dash up the Dart River. So along with being given an extra chunky fleecy lined, waterproof coat to put on over my existing 4 layers (2 Merino, 2 Pertex), I was delighted by the heated handrail that we were instructed to grip tightly whenever the driver took us for a spin… literally. A 360 one. 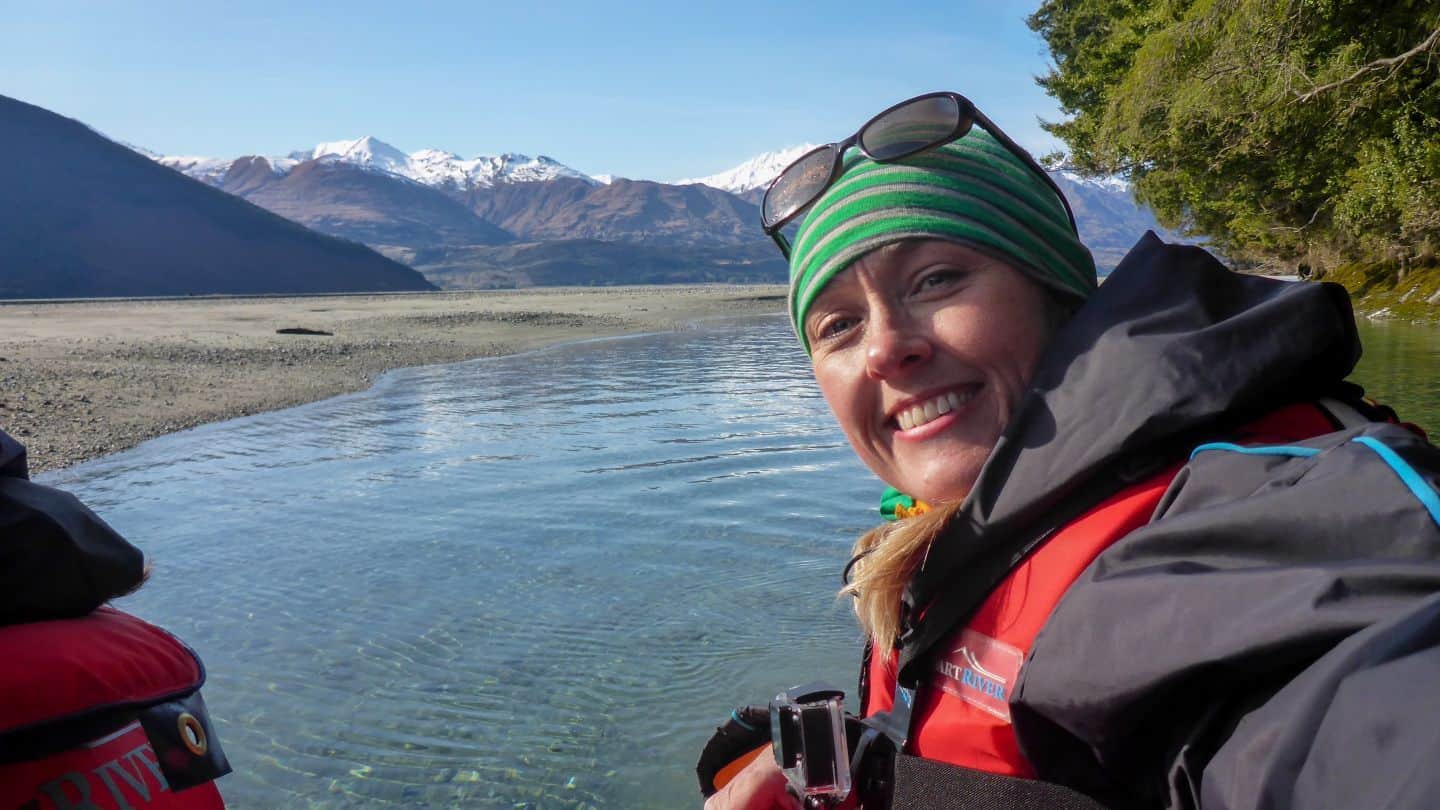 It may look sunny, but it was freezing! Pic:©Caro Ryan 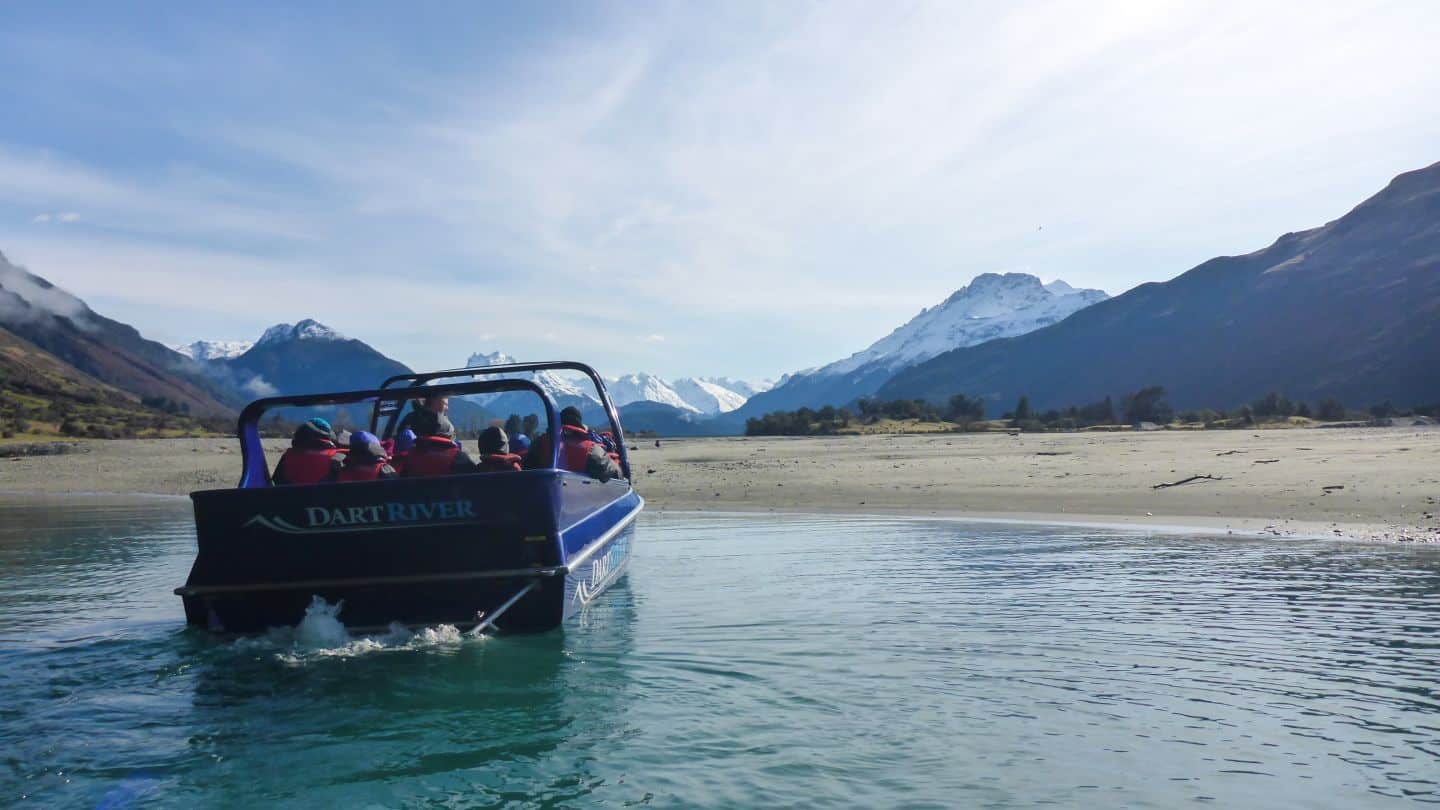 It was a wonderful feeling being dropped off by the boat, just me and one other walker, and then being left in what felt like the middle of nowhere. On cue, Shaun, our guide, emerged from the trees that hedged the pebble lined river and welcomed us to Mt Aspiring National Park.  We pushed through the curtain of trees, leaving the river behind and entered a green cathedral so lush, so rich, that everything around seemed to be alive and whispering to us to go deeper. 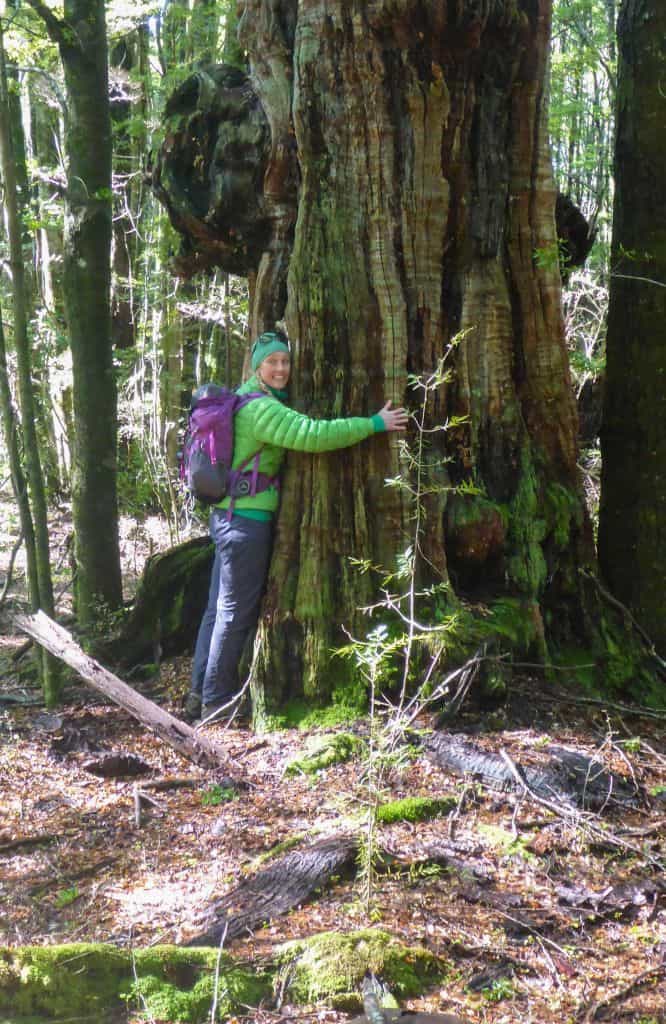 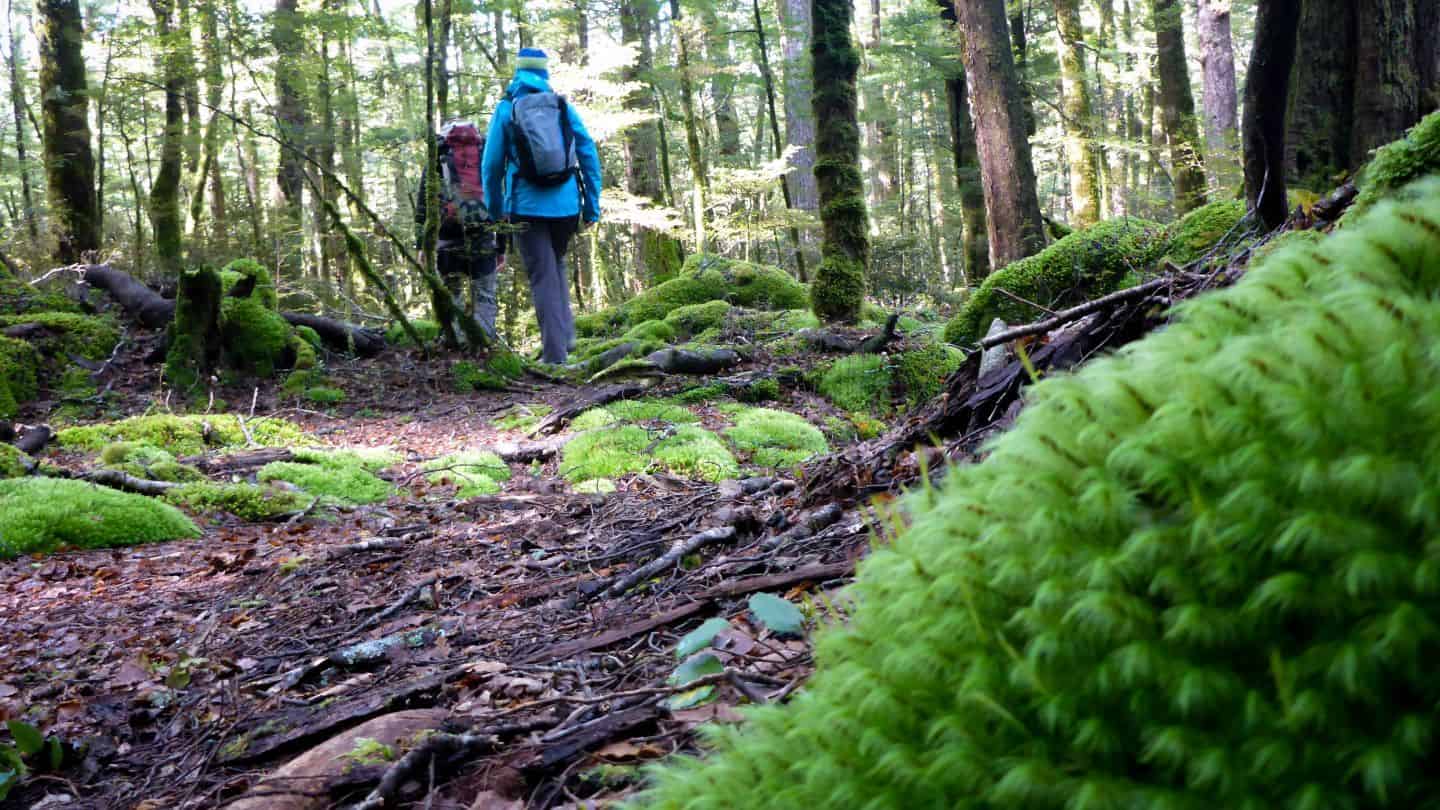 Off the beaten path. Pic:©Caro Ryan

Although officially, this was classed as off-track by DOC, there was faint evidence of past human encounters. No footprints or anything as recent as that, but earthen deviations and mounds that gave away the areas distant past as a mining area.

Originally, this region of the Rees/Dart River Valleys held the valuable Pounamu (aka Greenstone/Jade) that the local tribes would travel vast distances, to gather. It’s value lay not only in its strength as a tool or weapon or as a decorative piece of jewellery that could denote status, but also in its deep spiritual significance to the Maori people throughout New Zealand, locally the Kāi Tahu people of Southland and Otago of the time and to the Te Rūnanga o Ngāi Tahu today. 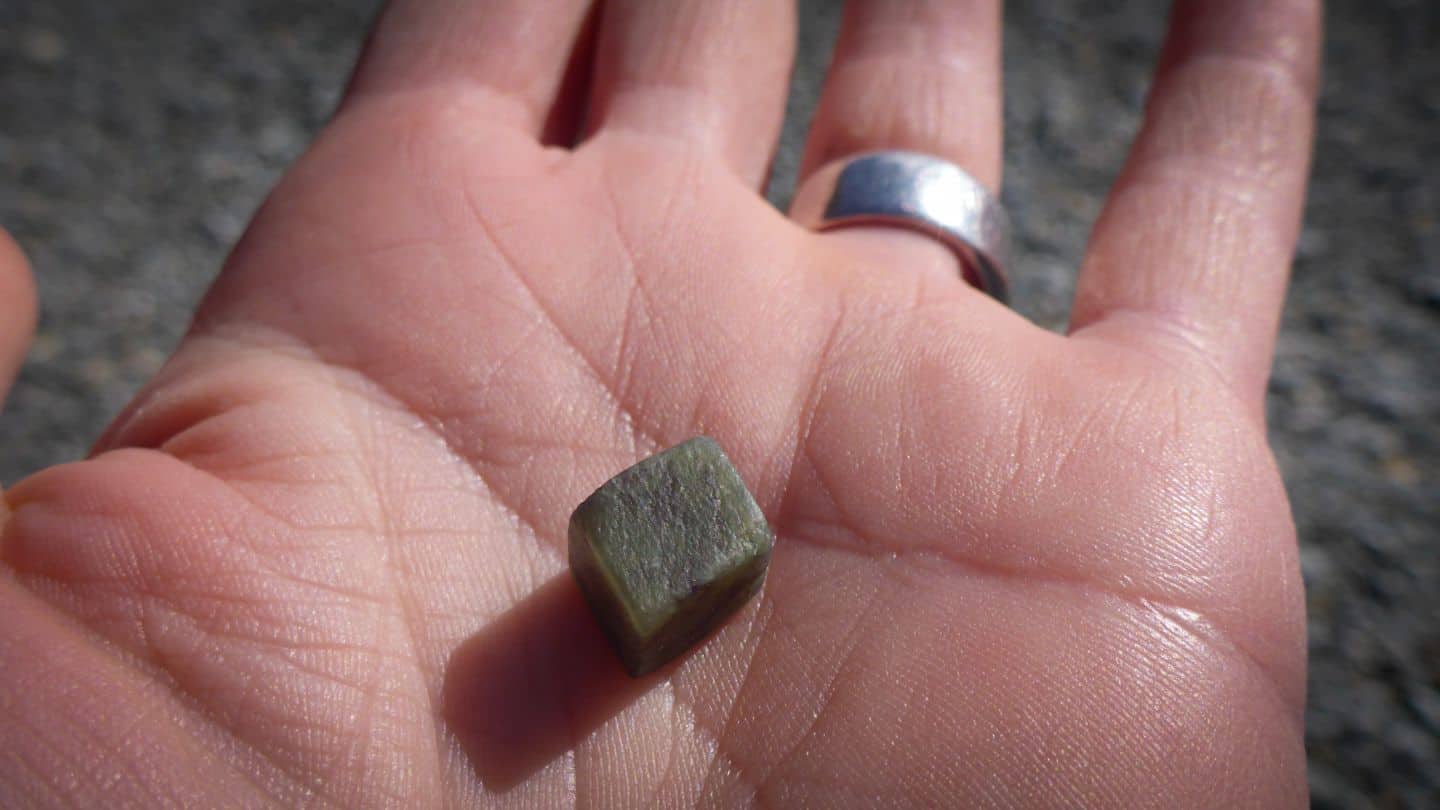 More recently in the late 1800’s, gold fever overtook the area and it was this industry that led to these subtle mounds and foundations, now swallowed by nature, that we saw in the first part of our walk. Shaun would have to be one of the best guides I’ve ever met at what the industry calls, ‘interp’, that is interpretation. The ability to not only have what seems like a load of knowledge (about not only local human history, but natural history as well) as he enthusiastically shared with us about bush foods and uses for many of the different plants as well as expertly picking up on the bird songs and animal tracks and scats as well. I’d rather take a Shaun on my walks than lug around all the various guide books that would hold his knowledge. 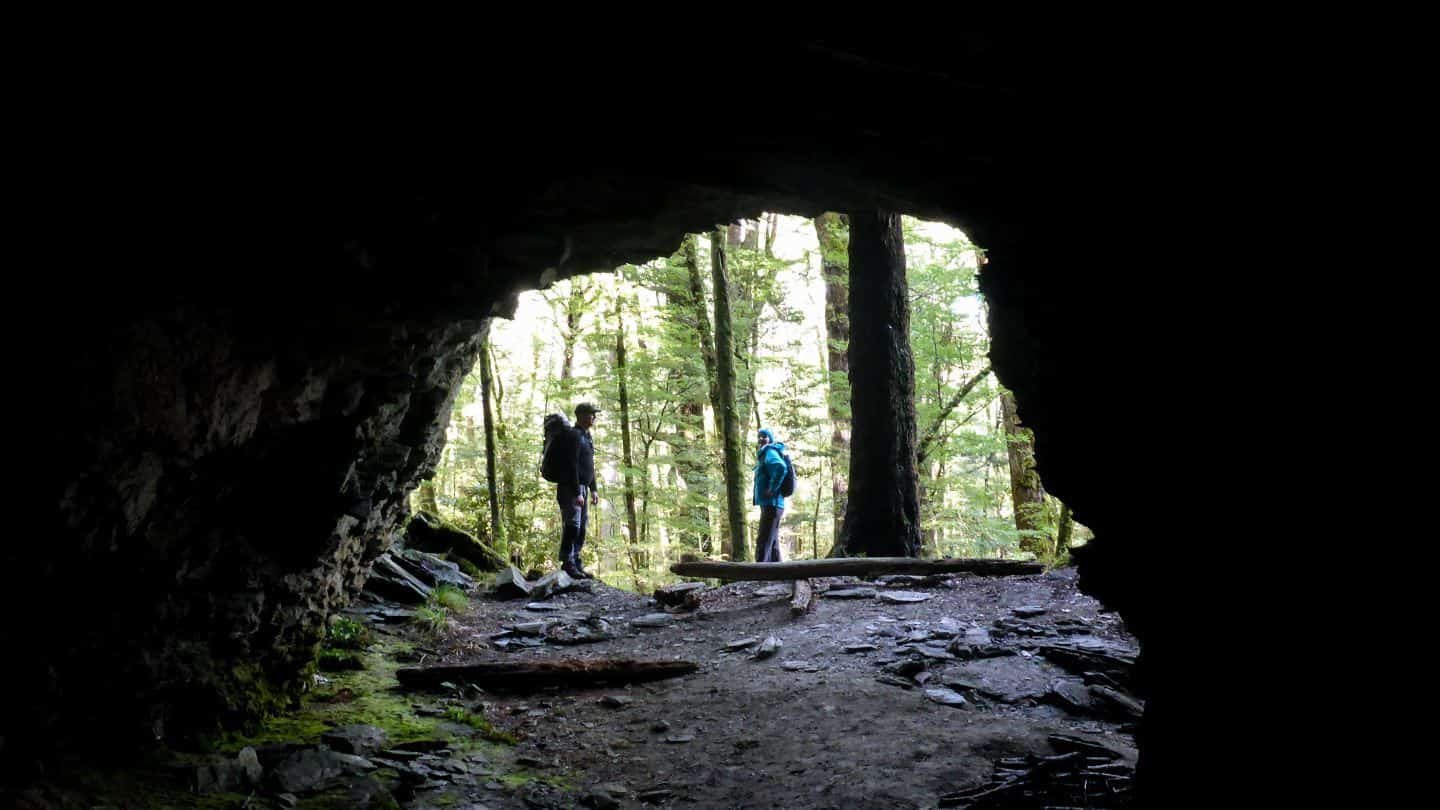 With a local guide like Shaun, we were able to see hidden things off normal tracks, such as this cave. Pic:©Caro Ryan

The magic of this walk is the loamy, rich earth beneath our feet and how the shady canopy creates a green carpet of mosses, not only along the ground, but hanging in trees. I have a personal love for Grandfathers Beard lichen (Usnea) and another highlight for the day was coming across a petrified forest of dead beech trees, that shivered in the breeze with the stuff. 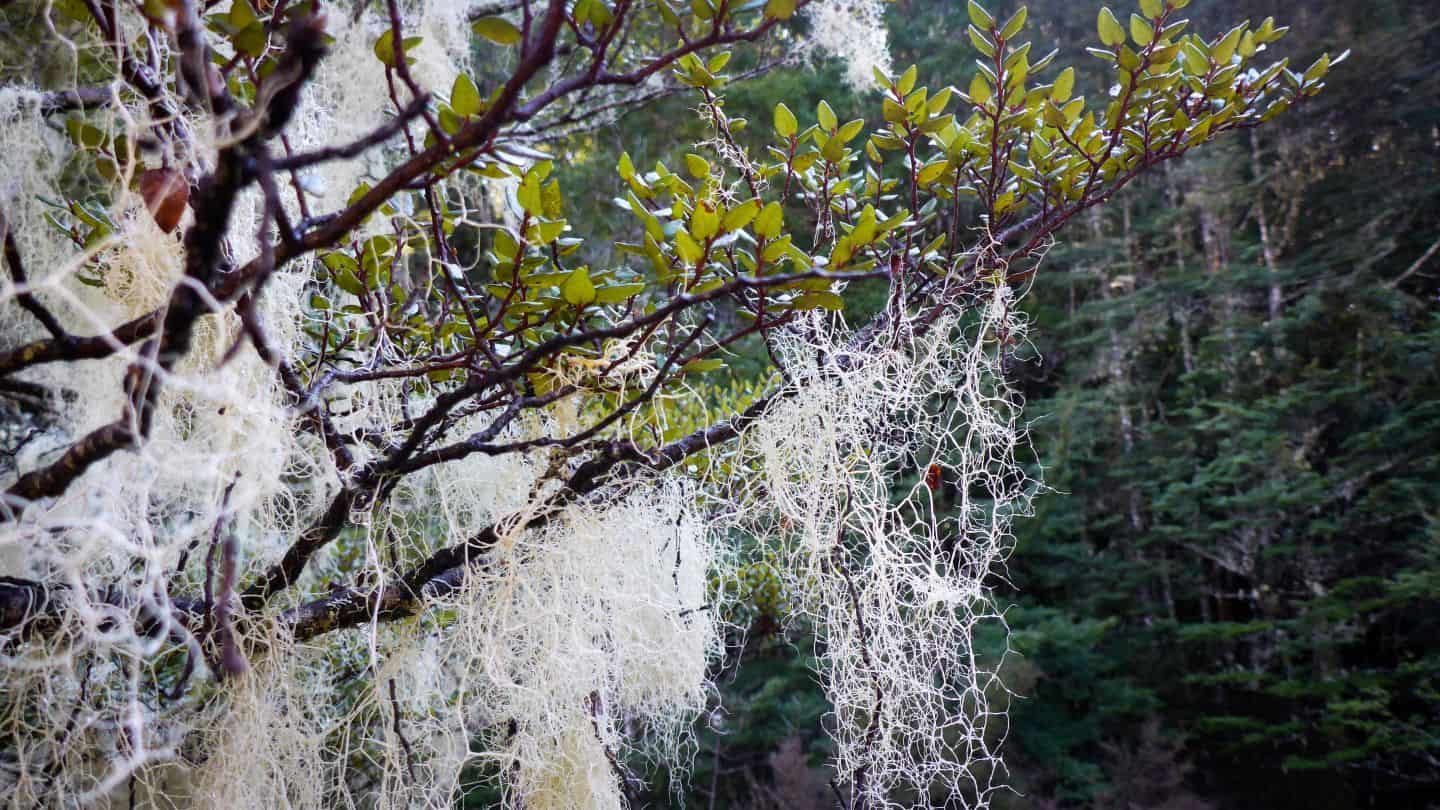 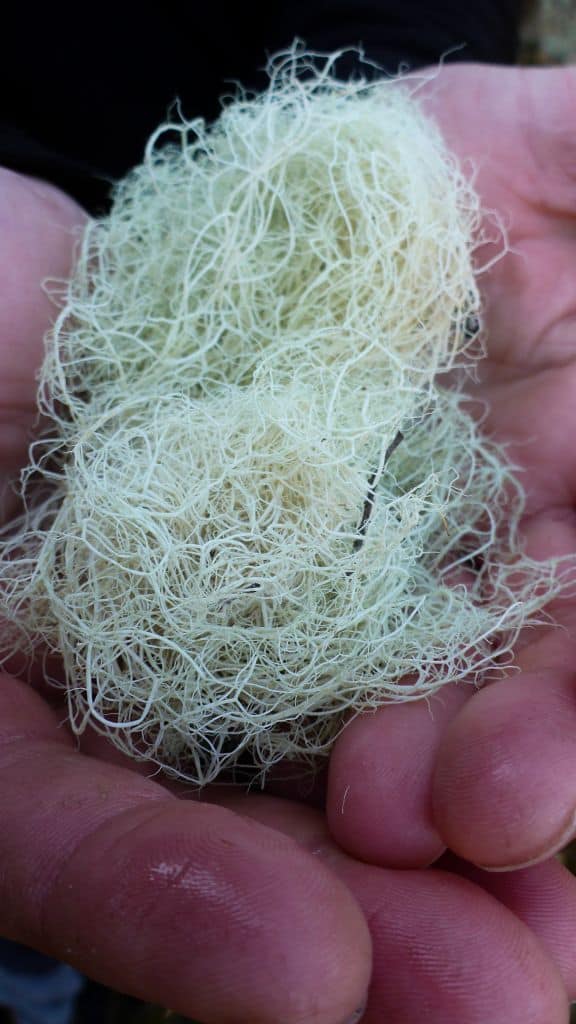 haun explained that Old Mans Beard has been used by the army in the past for wound dressings. Pic:©Caro Ryan

It wasn’t long after this that we broke through from the forest and came out to our lunch spot. A stop-you-in-your-tracks view if ever I saw one on the banks of Lake Sylvan. Can someone pinch me now? Shaun came up trumps again, as his pack gave birth to our tasty sandwiches (gourmet style, not soggy cheese and tomato on Tip Top here) and a welcomed hot cuppa. 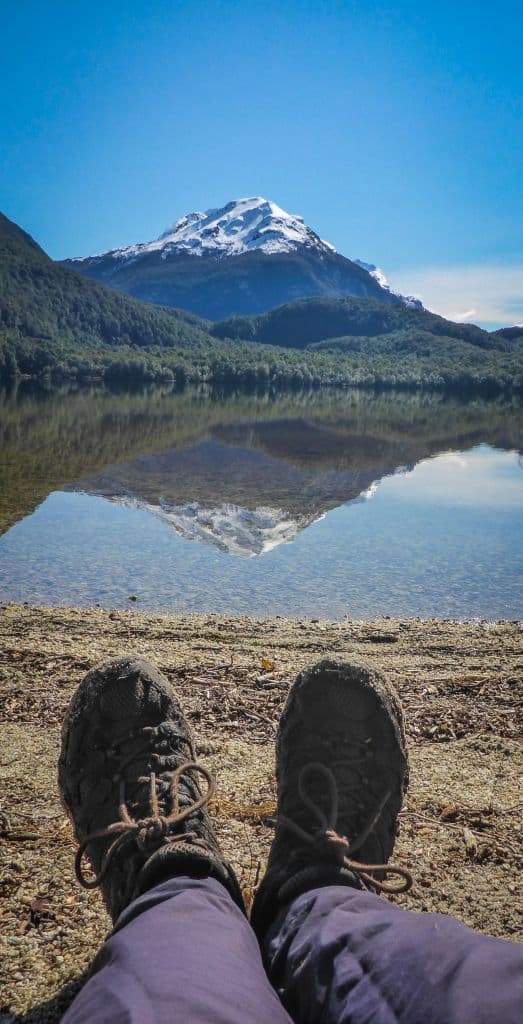 Could there be a more perfect lunch spot than Lake Sylvan? Pic:©Caro Ryan 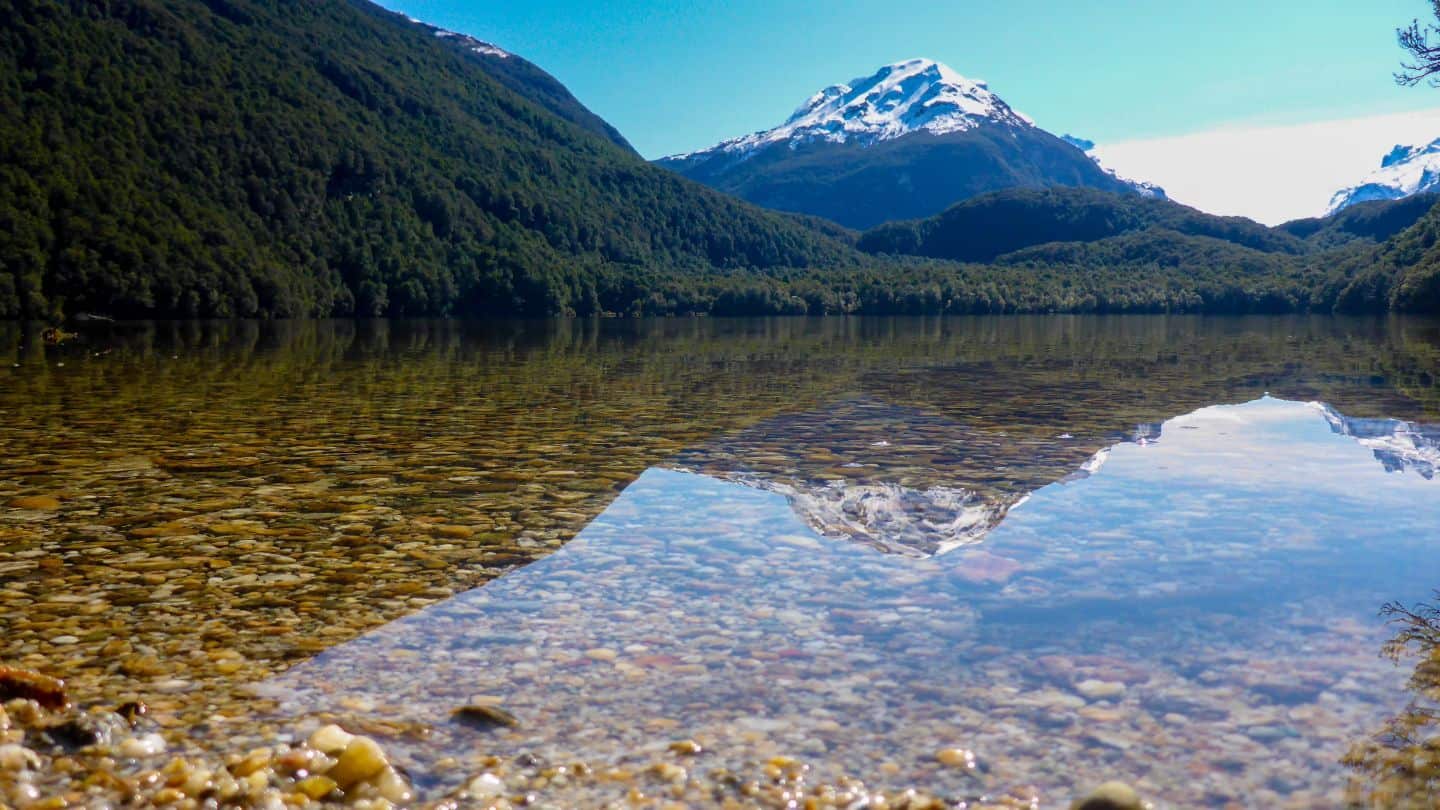 Doesn’t get much better than this. Pic:©Caro Ryan 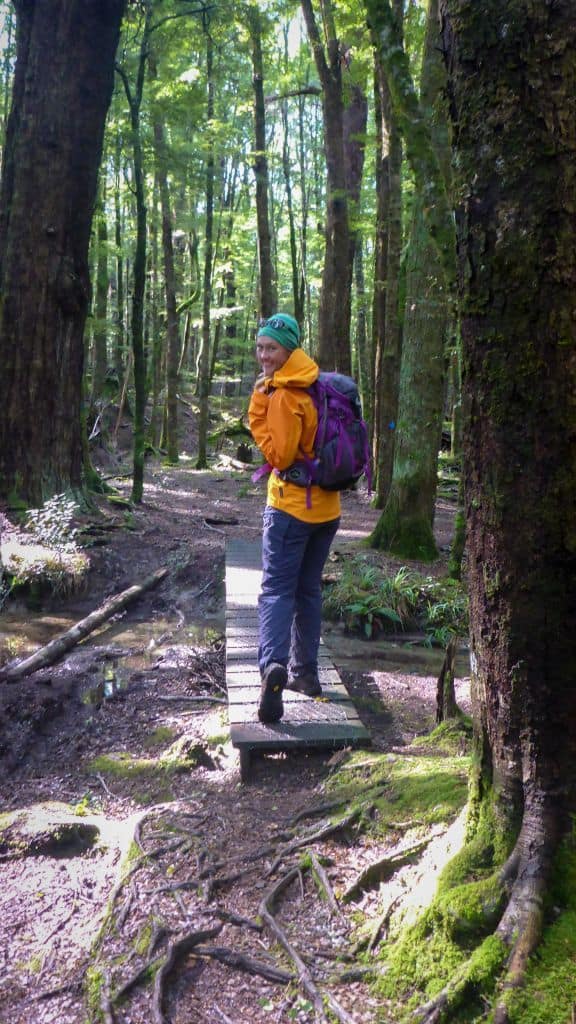 After lunch we hit the more touristy parts on track heading for the mini-van. Pic:©Caro Ryan

It was from this point that we joined up with a ‘real’ track (Lake Sylvan Walk) and made our way to the mini-van waiting for us at the Sylvan Campsite.

All up, it couldn’t have been more than 6kms of walk for the whole day and as we were a small and fit group (just 3), we made good time, which left us with a longer, lazy lunch in the sun (nice), a few side trips to spots of interest and more chance for interp along the way. 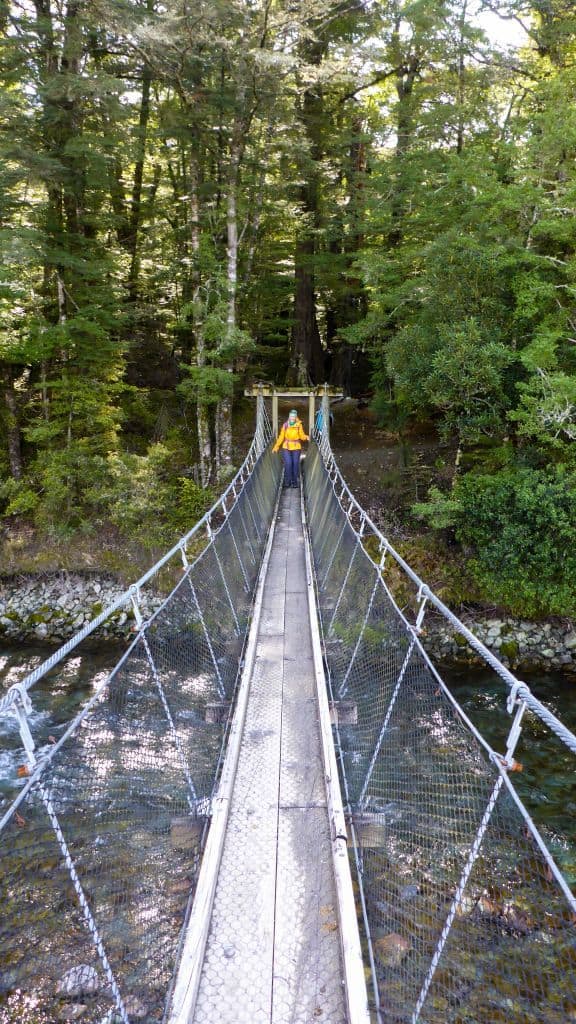 Gotta love NZ’s swing bridges. This one is right at the end of the walk over the Routeburn Stream. Dept of Conservation (DOC) do amazing work. Pic:©Caro Ryan

If you’re looking for a full day, guided nature experience in Queenstown, I cannot recommend this one highly enough. Sure, it’s a bit on the pricey side at $460 ($230 for jetboat alone including 45min transfer from QT), but it not only lived up to it’s name, Ultimate Nature Experience… it exceeded it. http://www.nzwalks.com/the-walks/full-day-walks/

Lotsafreshair travelled as a guest of Ngai Tahu Tourism. 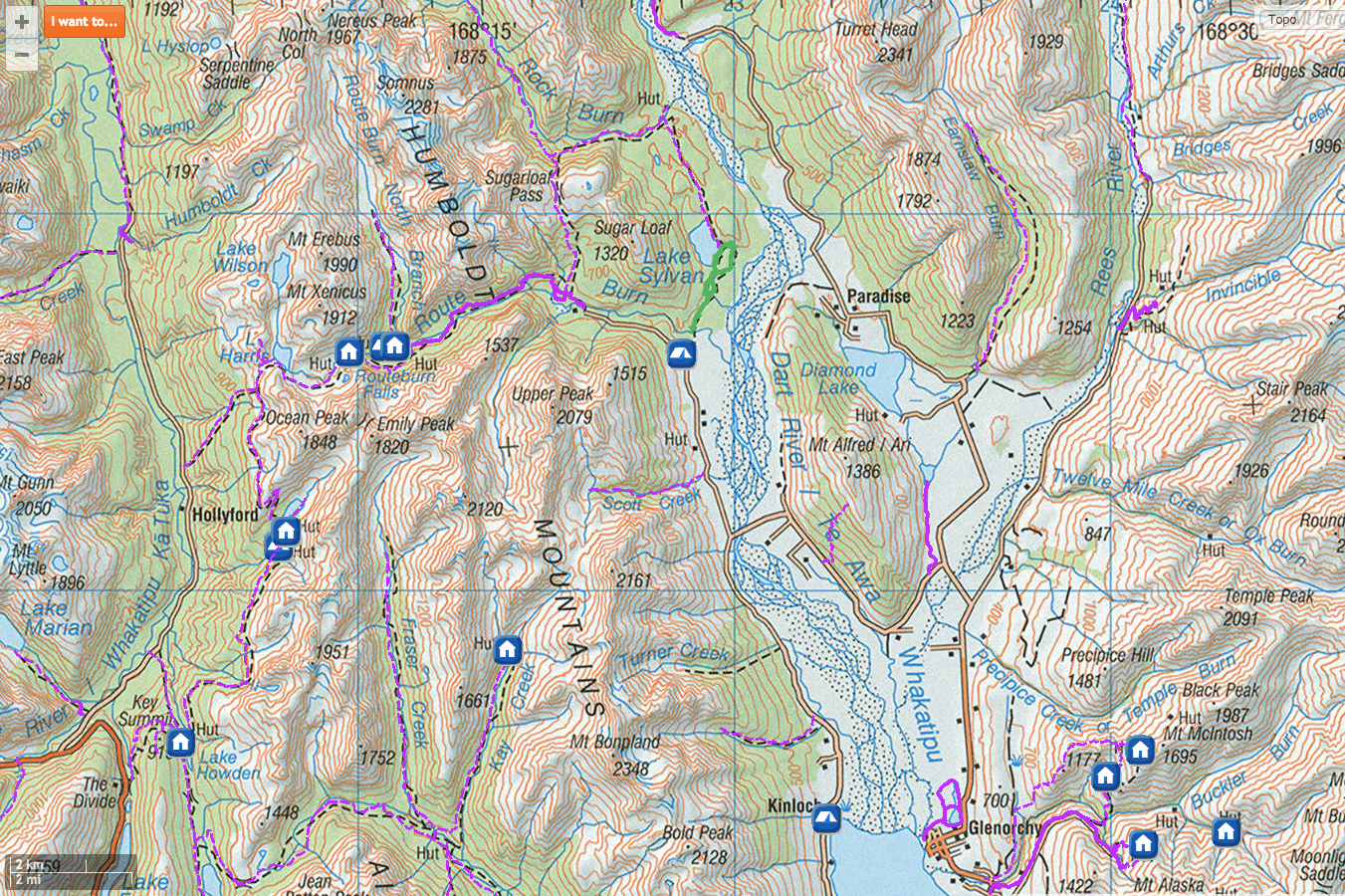 All up probably not more than 6kms allowed for great interpretation and plenty of time for photos.

Check out Caro’s other stories at her blog site Lotsafreshair

Ride Every Day The Bass Way

What’s your definition of freedom?

Find Your Own Path